University liberals drum-up fake statistics and rape culture[1], but one of their allies actually raped someone. Despite a long list of anti-rape activist credentials, Annie Teriba resigned from her positions, admitting she had become a part of the rape culture problem.

A racial equality officer, gay rights, and anti-rape activist at Oxford University is resigning her positions after admitting she engaged in “not consensual” sex while at a student conference.

Annie Teriba appears to have sterling credentials as an activist. She edited the journal No Heterox**, targeted at Oxford’s “queer and trans*” communities, was a member of the black students’ committee for the U.K.’s National Union of Students (NUS), and worked as a racial equality officer at Oxford. Recently, she has helped lead a campaign to tear down a campus statue of Cecil Rhodes, whose estate funds the prestigious Rhodes Scholarship. She once moved another student to tears by attacking an Arabian Nights-themed party as racist, and she once wrote an editorial decrying the “endemic problem of rape culture” on campus.

But now, it turns out that Teriba may have been the cause of so-called “rape culture,” not its victim. Recently, Teriba announced she is resigning all her positions and stepping away from her political campaigns. She offered an explanation on Facebook that was later deleted, but not before it was copied by the student publication Cherwell.

Besides explaining her departure, the post also serves as a peculiar act of political immolation.

“At this year’s NUS black students’ conference, I had sex with someone,” Teriba said, according to The Guardian. “The other party later informed me that the sex was not consensual. I failed to properly establish consent before every act. I apologise sincerely and profoundly for my actions.”[3]

“I should have taken sufficient steps to ensure that everything I did was consensual,” she continued. “I should have been more attentive to the person’s body language. In failing to clarify that the person consented to our entire encounter, I have caused serious irreparable harm.” Teriba further chastised herself for violating NUS’s “safe space” policy and said she would avoid NUS events in the future as a result.

The wording of Teriba’s confession is interesting, suggesting that she didn’t sexually assault anybody (though this is a possibility) but instead failed to fulfill the standard of “affirmative consent,” which expects individuals to obtain explicit consent for every sex act prior to performing it.

But other activists have been quick to savage their former ally, saying Teriba’s apology is “rife with apologism” for not using the word “rape” to describe what she did.

“In a society which silences survivors and which tolerates rape apologism it is essential that liberation spaces do not harbour or protect abusers, otherwise they are no better than the institutions which perpetuate oppression,” said Lucy Delaney, a vice president for women in the Oxford University Student Union.

It would do you some good to be the same person in the light as you are in the dark…Liberals. 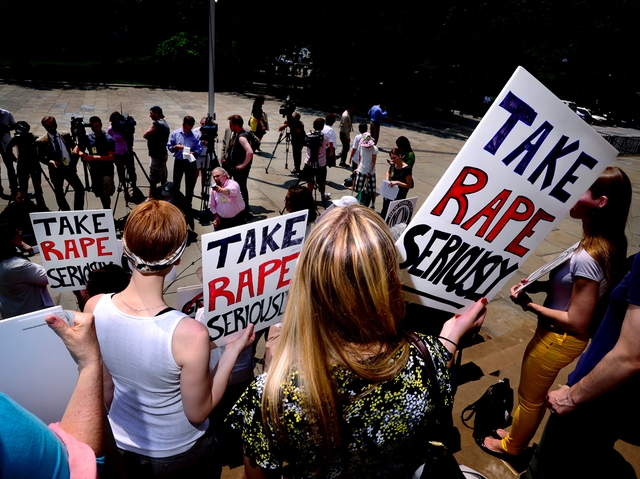