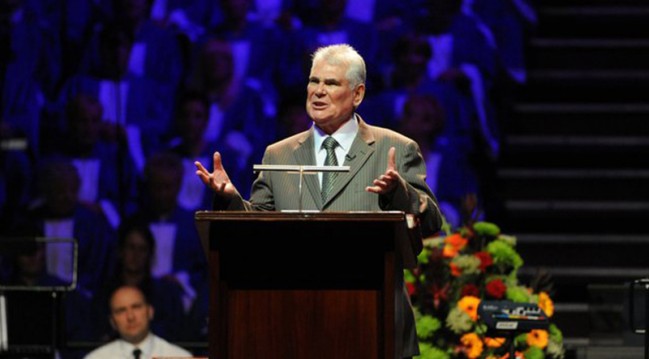 [1]Pastor James McConnell, an evangelical pastor in Northern Ireland, said something about Islam during a sermon last year that has gotten him into hot water with the authorities. He said, “Islam is heathen, Islam is satanic, Islam is a doctrine spawned in hell.”[2]

McConnell was soon questioned by police but was not arrested, BBC News[3] reported at the time.

The outlet noted McConnell issued a statement of apology on the church’s website. “I had no intention of causing any offence or insulting any member of the Muslim community,” the statement said. But after refusing to accept a deal that would have ensured keeping his case out of court, a spokeswoman from Northern Island’s Public Prosecution Service (PPS) confirmed McConnell will face charges.

I can confirm that following consideration of a complaint in relation to an internet broadcast of a sermon in May 2014, a decision was taken to offer an individual an informed warning for an offence contrary to the Communications Act 2003. That offence was one of sending, or causing to be sent, by means of a public electronic communications network, a message or other matter that was grossly offensive. The offer of an informed warning was refused by the defendant and accordingly the matter is now proceeding by way of a summary prosecution in the Magistrates Court.

“I’m not taking it lying down. I am not going to be gagged,” McConnell said in response[4] to the charges.“The police tried to shut me up and tell me what to preach. It’s ridiculous. I believe in freedom of speech. I’m going to keep on preaching the gospel.”

McConnell has since retired as pastor, yet the authorities still will not leave him alone. Regardless of what you think of McConnell’s statement, prosecuting him goes way too far. Whatever happened to freedom of speech? If they come for him, who’s next?