Pastor to Al Sharpton: “You’re Nothing But a Pimp”

Al Sharpton is always welcome wherever he goes.  Ok, so that’s not true in the slightest. Exhibit Q was recently in Hartford where we was there to protest recent homicides in the area.  One of the attendees was less than thrilled.[1].. 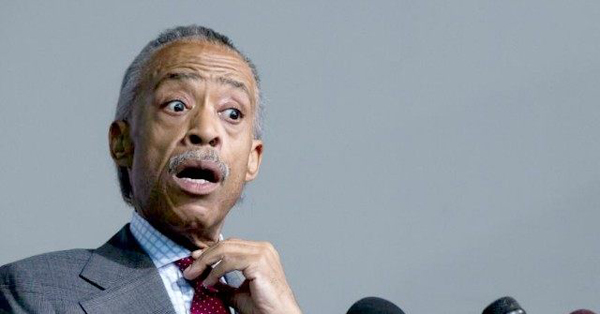 Pastor Marcus Mosiah Jarvis of Christ the Cornerstone Praise and Western Tabernacle, however, shouted at Sharpton as he strode down the center aisle of the crowded church, “How dare you ask the people of Hartford to give you their money! You’re nothing but a pimp!”

Jarvis slammed Sharpton for using the supposed anti-violence rally as a cover for “coming into a community where people are struggling for jobs, struggling for money, and demanding money to speak.”

“Don’t you come up in here asking us for money,” Jarvis yelled, according to Fox CT.

At question was the fact that every preacher in attendance was asked to donate $100 to Sharpton’s organization.  As Jarvis was removed, Sharpton took $1000 out of his pocket and said that everything “…will go to a memorial.” Riiiiiiiiiiiiiiiiight.