Jackson Hole High School Principal Scott Crisp recently cancelled the school’s upcoming “American Pride Day” because he thought some students “might feel excluded.” But some patriotic teens decided to fight back again this PC nonsense in the most epic way possible…

They wrapped “American flags around their shoulders,” donned “shorts with stars and strips” and even drove “a diesel truck around the parking lot [while] waving American flags after school.”

Even their patriotic parents got involved by taking to social media to show solidarity and speak out against the school’s “political correctness.”

Parent Ted Dawson posted a photo on Facebook and wrote, “It’s homecoming week and our school administration thought it was too ‘offensive’ to have an America Pride Day! Where have we gone so wrong! I don’t care what race or religion you are, you live here, benefit from the schools, enjoy tax benefits or whatever — your an American or at least you better be!” 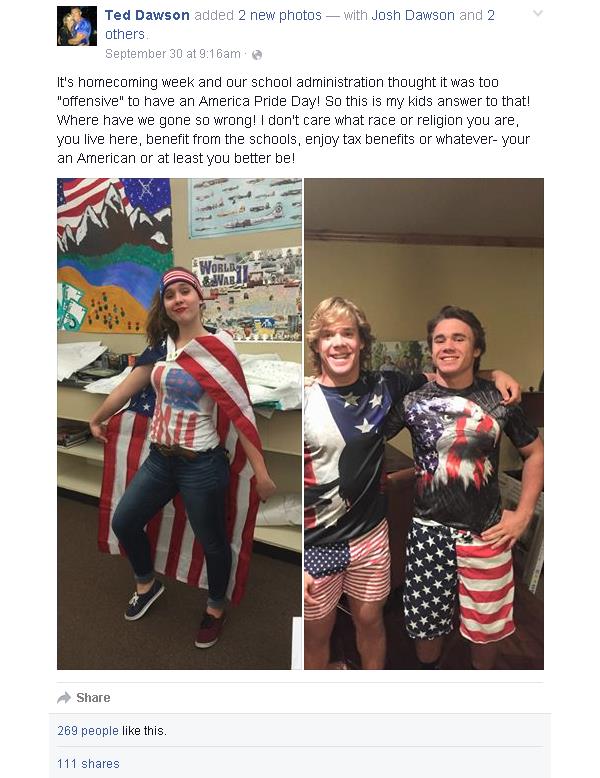 SHARE if you’re sick of the political correctness that is creeping its way into our culture!