In a report from Pittsburgh’s Action News, we have the grossest story of the week lined up for today: 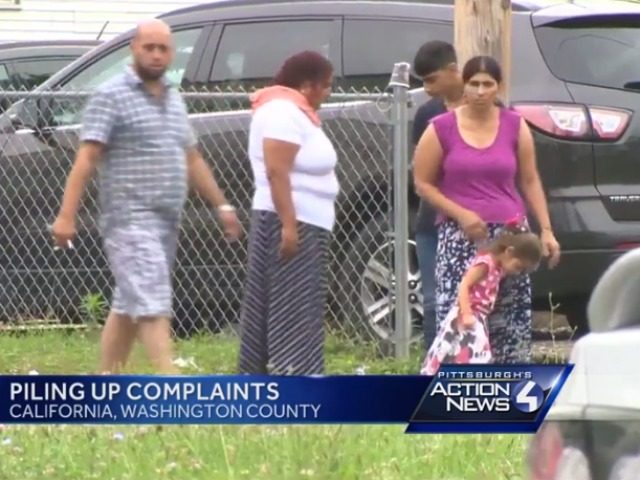 People living in California, Pennsylvania demanded in a council meeting[2] last night for help with the Romanian immigrants who moved into their town in the last two months.

They describe acts of littering, defecating in public, speeding and beheading chickens.

There’s even a petition protesting the lifestyle of the immigrants, and it has been signed by more than 600 residents. “What I’ve seen is men and children — never usually the women — the men and the children dropping their pants in the middle of the street, defecating, pulling their pants up and going on their way,” said Dawne Roberts.

Another resident reported littering and rampant speeding. Now, more than 600 California, Pa, residents have signed a petition demanding that the Romanian immigrants cease their destructive behavior.

Town official and borough administrator Dr. Richard Martin said the immigrants were relocated to his town, without warning, by U.S. Immigration and Customs Enforcement (ICE) as part of a program called Alternative to Detention.

The alternative to a detention program (dusting the chalkboard erasers?) descended on the town and it requires that the residents — not the new immigrants, the people already living there — must complete an orientation program that will educate the locals on who these Romanians are and why they arrived.

That’s right! Immigrants don’t have to orientate to their new locale or culture. ICE now just forces the town to learn about them and get used to it. Try as the residents might, I don’t think it’s reasonable to take an orientation seminar and accept that people are going to be using the streets as their own personal outhouse.

Talking to reports, one resident said “Race, origin, that doesn’t matter,” then going on to express the obvious safety concerns.

Talking to the Romanians, however, they seem to think they’re getting settled just fine after indicating that the Americans will always say “good morning” back to them.

I don’t think that’s all that’s being said to them. Best of luck to California, PA.