Hillary Clinton loves playing the victim. No matter what she does and no matter how many people she hurts or endangers, the conversation always seems to hinge on her assertion that she’s a target of some sort of conspiracy. One political cartoon[1] brilliantly summarizes Mrs. Clinton’s paranoia. 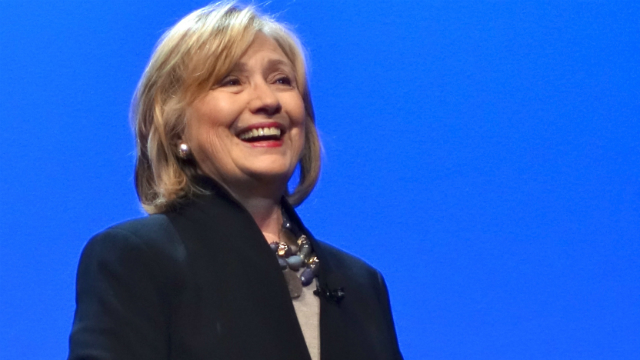 Hillary initially uttered the phrase “vast right-wing conspiracy” back in 1998 while defending husband Bill from character attacks during the Monica Lewinsky scandal.

Turns out, the radical Right wasn’t wrong, as the 42nd President of the United States actually did perjure himself under oath.

To this day, Hills cannot stand on principle and chooses to blame conservatives, because that’s what the Left does.

It’s all about emotion.

Clinton’s email scandal isn’t going away anytime soon, and she’ll testify before congress on October 22 before the Benghazi committee. 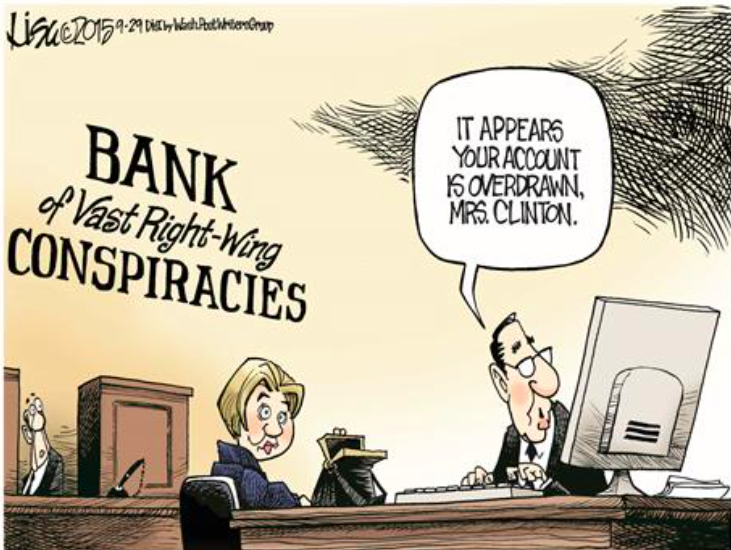 [3]
Maybe Clinton should be a little more concerned about the families of those killed due to her negligence than with saving her crumbling political future.

Or, at the very least, appear more concerned about the millions of Americans she has endangered by transmitting classified and top-secret national security information where hackers can obtain such information.