Kim Kardashian is one of those people who you would normally think only existed on TV shows or movie dramas, if you didn’t know any better.

Her love for all things material and worldly is sad to hear about. Mostly because she’s missing out on the point of life itself…but also because she has such a powerful opportunity to use her voice to be a good example to our youth, and chooses instead to do any and all things possible to just receive praise from her followers. 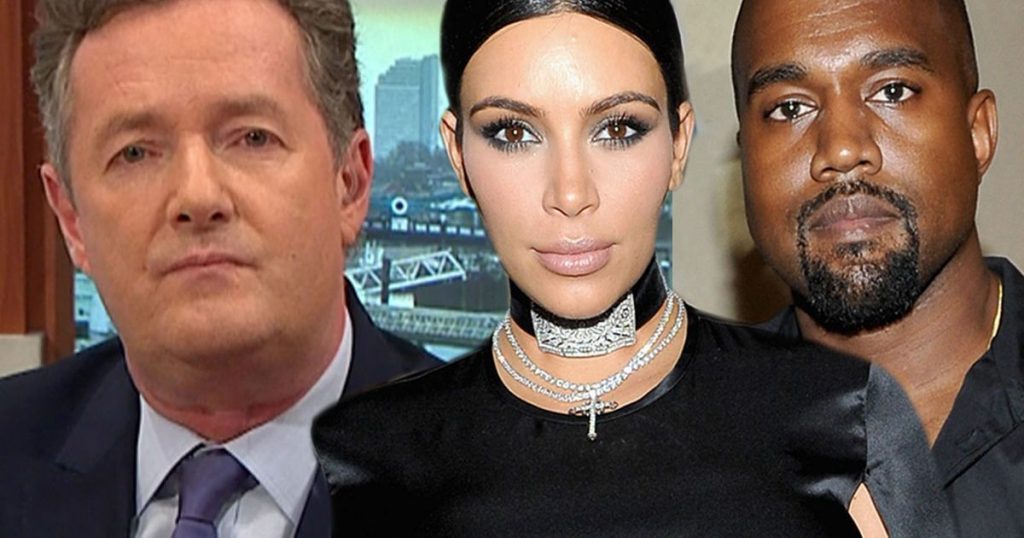 She is one person, who is incapable at this point in time of having empathy for anyone but herself. She shows this by the lifestyle she chooses to lead, without regard for any others that suffer.

That’s her choice and her life, and so be it.

However, now in a scathing letter to Kim, Piers Morgan has really hit her with a whole lot of truth. Truth that would be good to see her humble herself to and actually pay attention to. Maybe gain a little wisdom[2] while she’s at it?

Here is just an excerpt from his open letter to Kim…

Five armed men burst in, hauled you out of your bed at gunpoint, tied you up and threw you in your bath.

They then robbed you of that ring and another $7 million worth of jewels.

You were terrified, understandably.

You’ve told friends since you feared they were going to rape or even kill you.

It must have been a hideous experience for which I can only offer you my deepest sympathy.

Yet you were, as I’m sure you would readily admit yourself, lucky.

These disgusting thugs didn’t physically harm you, though the mental scars may be hard to eradicate.

And it could have been a hell of a lot worse.

They might have been ISIS terrorists intent on decapitating you on camera in their latest warped, twisted reality TV snuff video strike against western culture.

After all, you epitomize everything they profess to detest about louche, celebrity-obsessed excess, Paris is their favourite European city to commit atrocities, and thanks to your insanely lax security team, you were a sitting duck.

But thankfully they weren’t, and you survived.

Unlike the 100 or so children who were killed by bombs and bullets in Syria in the last 10 days.

That may sound a trite thing to say but perspective, proper meaningful perspective, is an important thing when this life-assessing moment comes.

Many times, it’s life’s trials that are actually blessings in disguise. You are all the sudden hit with a reality check of what is really going on and all the things you thought were important, you actually learn are the least important.

A ring, gold and all the jewels in the world can be taken from you. What cannot are the good deeds you have done, the people you have helped and the family you have served. Among many, many other things that are actual deposits to your bank of truly existing well.

I’m interested to see how this may affect Kim. Will she take this trial as a point of gaining wisdom, or will she remain a victim to the small box she keeps her mind in when it comes to the true nature of this life?