Pizza Hut Workers Thought It Was Just a Normal Order. Then They Read the Chilling Special Instructions…

According to a report from IJ Review[1], a mother who was being held hostage used an online pizza order to convey her family’s dire situation to someone who could then call the police. 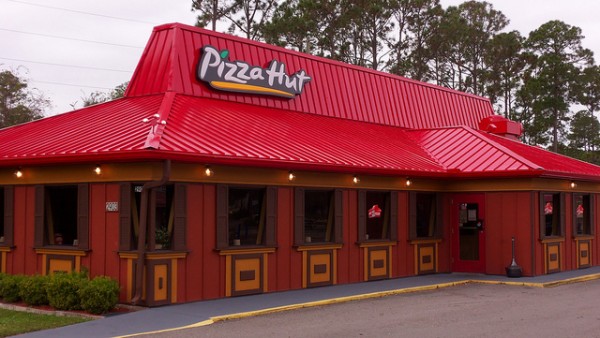 Treadway tried to leave to pick up the children from school, but the suspect would not let her, authorities said. He accompanied her to school instead.

When they returned, she begged him to let her order pizza. As soon as she completed the transaction, he grabbed the phone from her, the affiliate reported.

When Hawk saw it, she knew something was very wrong. “I was kinda scared. I was scared for the person,” said Hawk.

Recognizing the name and address as a frequent customer, they felt certain it was not a prank. They quickly called 911. Hostage negotiatior Lt. Curtis Ludden was first to arrive on the scene:

“She comes running toward us but two kids are still in the house with a person who’s on narcotics and you don’t know how their mindset with a knife, and we need to get them out,” said Ludden.

Deputies were able to get Nickerson to give himself up about twenty minutes later, and without incident. He was arrested on charges of “aggravated assault with a weapon without intent to kill, battery, false imprisonment, and obstructing justice by depriving communication to law enforcement.”

CNN reports that the remaining two children were removed from the home unharmed.

Thanks to this mother’s creative thinking and the pizza employees’ willingness to act, nobody emerged hurt from this harrowing ordeal. 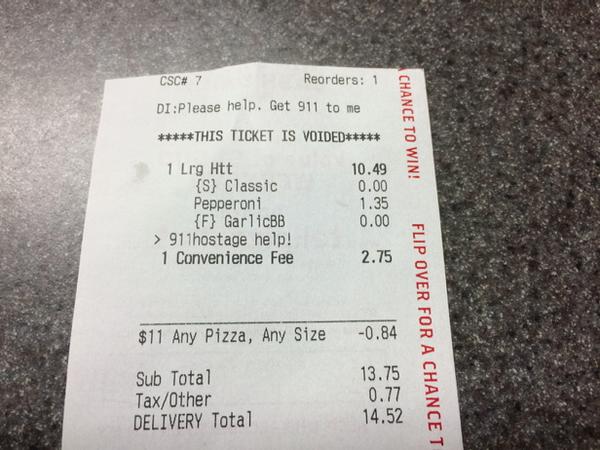