Insects bites are no joke and can turn deadly depending on the bug, and how long you let the bite fester[1]. For this particular one, it would have been ideal to not be bitten at all…the first time…

But for a second? This man is either really unlucky, or Mother Nature has it out for him. 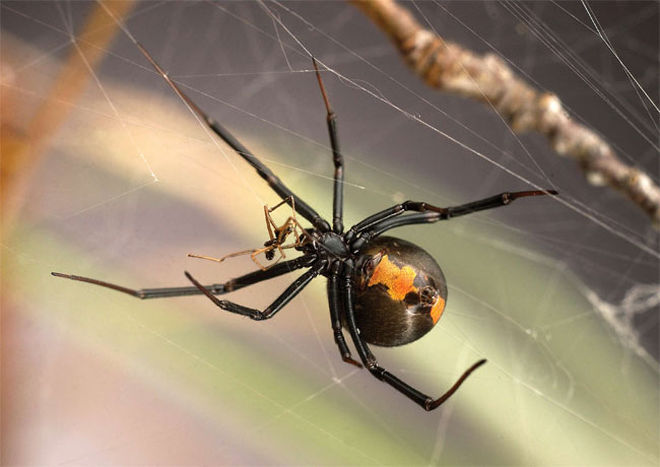 The very unlucky chap, known only as “Jordan,” was bitten Tuesday while sitting on a port-a-potty at a worksite in Sydney, according to the BBC.

It marked the first time he used a portable toilet on the job since April 27th when he was ― unluckily ― bitten on his penis by a different poisonous spider.

Jordan explained it lie this:

“I was sitting on the toilet doing my business and just felt the sting that I felt the first time, I was like ‘I can’t believe it’s happened again.’ I looked down and I’ve seen a few little legs come from around the rim.”

The first time, the attacker was a redback spider, the Aussie cousin of the infamous black widow spider we have here in the states. Although, he has no idea what kind of spider bit him this time around.

Jordan told Sydney radio personalities Kyle and Jackie O he tried to decrease any risks by exhaustively checking the seat before plopping down on it.

“It just got freshly cleaned out and it had this little crevasse underneath the actual bowl so I couldn’t lift it up to check, I thought I was safe and then obviously not.”

What really got Jordan was that this second bite was in the EXACT same spot as the first, officially making him the most unlucky fellow in Australia.

Research done on these exact incidences suggest the odds of being bitten by a spider on the penis twice in one’s lifetime is 1 in 100 million. Jordan just happened to be that 1…

Well someone had to, right?