Police Set Up A Camera In Kansas To Find A Mountain Lion & WTH Is Happening? [VIDEO]

A lot of the news around the nation comes to us from the coast cities. The outer regions of the country. Anytime we hear about the majority of the states in the center of the country, they’re always referred to as ‘fly over states’[1]…well that’s not very nice! It makes it seem like these states are boring, or not worth the visit.

But if these citizens of Kansas are any indication of the kind of fun they have out there, well then I’d like to party with them!

The ‘party’ went down at a Park in Gardner, Kansas, where local law enforcement had planted trail cameras in an attempt to capture a mountain lion that had been spotted in the area.

This last Monday, the police released a series of unusual images recorded by cameras posted around the 83-acre park. The photos show what appear to be locals at different times of the night in costume as monsters and other characters. So what are they doing? Engaging in comedic shenanigans for the police! Among the hilarious participants: Santa Claus, an old man in a bath robe and walker, hunting with a recurve bow, what looks to be an Abominable Snowman and a werewolf in heels! 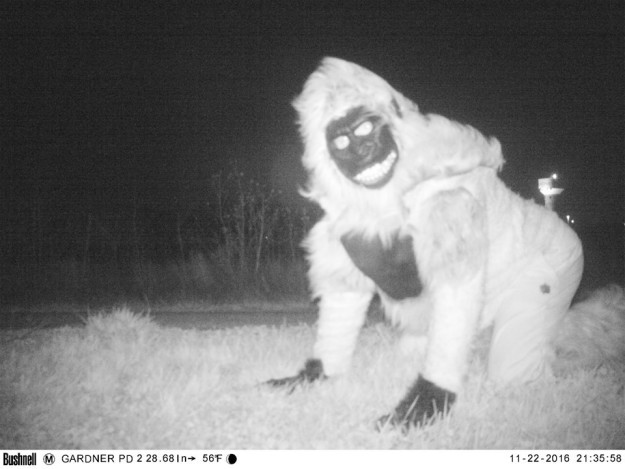 The images released Monday were all recorded over a number of nights. 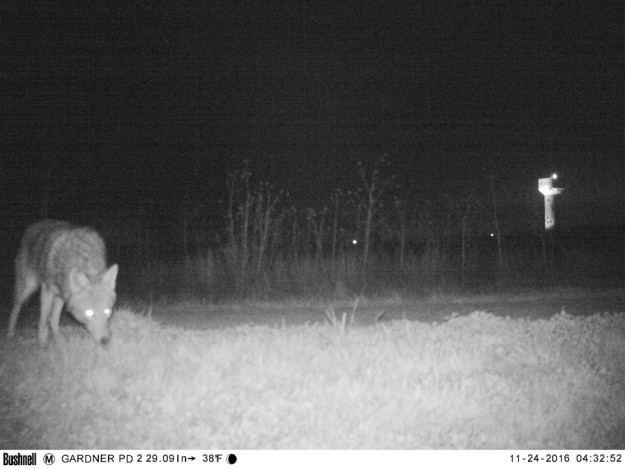 Police never ended up finding any mountain lions, but instead discovered these precious gems, which the department posted about on its Facebook page.

“We now have another different concern. We are attempting to identify some of the wildlife and activity in these images,” the police department’s Facebook post read in part. We would like to sincerely thank the persons responsible as it made our day when we pulled up what we expected to be hundreds of pictures of coyotes, foxes and raccoons. Thank you to the citizens who noticed the cameras. Your effort and sense of humor is greatly appreciated as it made our day.”