According to a recent Politico/Morning Consult poll[2], GOP voters want the party to support Donald Trump in the wake of the release of a foulmouthed video from 2005. This fact appears to be lost on a few Republican elected officials who are calling for him to step down. Not going to happen. Trump has stated he will not drop out, that there is zero chance of that.

Maybe these officials need to start listening to their base, oh wait, that’s not going to happen either. It is the ineptitude of the establishment GOP that created the need for Trump. So now they will reap what they’ve sown. They gave up their right to have a say the 800th time they ignored the desires of their base and the reasons they were elected. 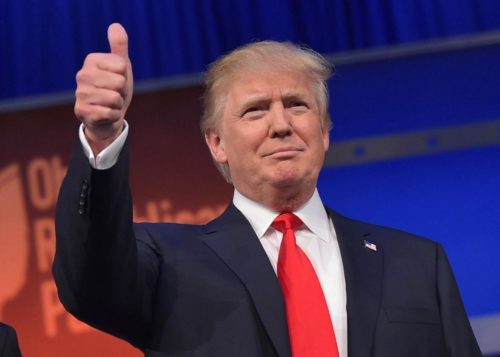 This poll, taken on Saturday and published on Sunday, showed that of Republican voters, 74 percent want the party to stay behind Trump and 13 percent said the opposite.

The poll surveyed 1549 registered voters and 1390 likely voters. It had a plus or minus 2 margin of error.

Trump is staying. Get with the program GOP officials. Understand your base chose him. And he is going to win. You want to be on his side when that happens. See video below.