Pope Francis’ Dance With the Devil in Atheist Cuba Has Cuban-Americans Denouncing Him: ‘I Am a Catholic Without a Pope’

Is the Pope dancing with the devil? The key role Pope Francis played encouraging talks between Presidents Barack Obama and Raul Castro left fractures among his flock in South Florida, where many older Roman Catholics equate the Castro brothers with the devil.[1] 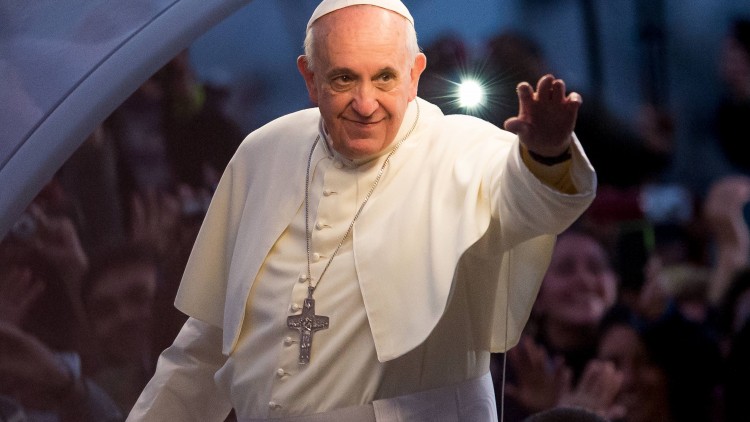 Many Catholics worldwide have expressed pride in seeing Francis stirring hopes of progress in communist Cuba, but some Cuban-Americans say their spiritual leader betrayed them.
“I’m still Catholic till the day I die,” said Efrain Rivas, a 53-year-old maintenance man in Miami who was a political prisoner in Cuba for 16 years. “But I am a Catholic without a pope.”

Rivas said he cried when Obama surprisingly announced a reversal of a half-century’s efforts to isolate Cuba. Then, when he learned of Francis’ role, he got angry. And Francis, the first Latin American pope, has advocated for an end to the U.S. embargo since participating in John Paul’s visit to Cuba as the soon-to-be-named Cardinal of Buenos Aires. Cuban Cardinal Jaime Ortega, who is close to Francis, set up the papal visits and has been decisive in improving ties between the church and the officially atheist state since becoming Havana archbishop in 1981. This frustrates some older Catholics who wanted the church to use its unique position inside Cuba to take a harder line.

“The church is contaminated,” said Miguel Saavedra, a 57-year-old Miami mechanic who leads an anti-Castro group and wears a gold cross as a sign of his Catholic faith. Exiles incensed by the diplomacy openly wonder: Was Francis strong-armed by President Barack Obama? Does he understand how terrible the Castro brothers are? Was he perhaps making a foolhardy bid to cement his change-making image?

“I don’t know what the pope was thinking,” said Jose Sanchez-Gronlier, a 53-year-old lawyer who said he was persecuted for his faith until leaving Cuba as a teenager, and will never forget watching the government seize a convent near his childhood home. “I see a certain naivete in the pope,” he said.

Sen. Marco Rubio, a Cuban-American from Florida who has led the Republicans’ criticism of Obama’s executive actions on Cuba, also took a swipe at the pope, telling reporters in Washington that he would “ask His Holiness to take up the cause of freedom and democracy.”

All this is familiar territory for Francis, who has spent a lifetime navigating the after-effects of the Cold War in Latin America. In his writings before becoming pope, the Argentine church leader criticized Cuban state authoritarianism as well as the U.S. embargo, and called on both sides to talk out their differences. As pope, he wrote to both Obama and Castro suggesting that a thaw could begin by releasing prisoners.

But Arturo Suarez-Ramos, a 50-year-old Miami waiter who was a political prisoner in Cuba for 27 years, said Francis is reaching for more headlines after insisting that homosexuals and divorced people are welcome in church.
“He’s trying to get a legacy at any price,” Suarez-Ramos said.

The new Pope Francis seems to enjoy getting involved in political hot bed issues. Do you think using his influence and his involvement in the spotlight of these issues will help or hinder the Catholic church?