POPULAR Ride Service Being Used For Human Trafficking At The Mexican Border – Guess Who?

I don’t believe very many people are against having a southern border wall. There are threats that come across and there is near to nothing to stop them[1]. Now at first look it seems as if Uber has got mixed up in human trafficking across the border?

There’s something strange about this. 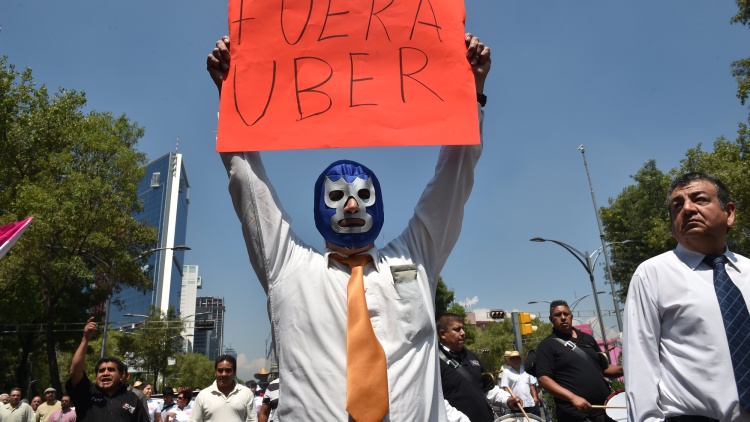 Human traffickers have begun to use Uber to shuttle Central American migrants through Mexico to the US border.

On June 10, five vehicles carrying 34 Central American migrants were apprehended while traveling together between the northern Mexican states of Zacatecas and Coahuila, said Segismundo Doguin, a Coahuila state official at the National Migration Institute (INM).

Four of the vehicles were linked to the Uber Technologies Inc platform, Doguin said, but it was unclear whether the human smugglers had hailed the drivers using the Uber app.

The drivers said they weren’t the owners of the cars but worked as Uber chauffeurs, he said. There has been a sharp rise in the number of Central American children and families trying to reach the United States this year, a hot button issue in the U.S. presidential race.

Republican candidate Donald Trump has vowed to build a wall along the U.S.-Mexican border to keep them out.

Alright, Uber is not involved in human trafficking. That’s ridiculous. This stuff has been happening all along.

As for a wall, we desperately need one. The problem is we have been at this for a year and I still haven’t heard a reasonably sound explanation or plan on specifics and how it is going to be built.

It’s not going to happen.