Is it possible to vote your conscience today? Cue: Evan McMullin [VIDEO] 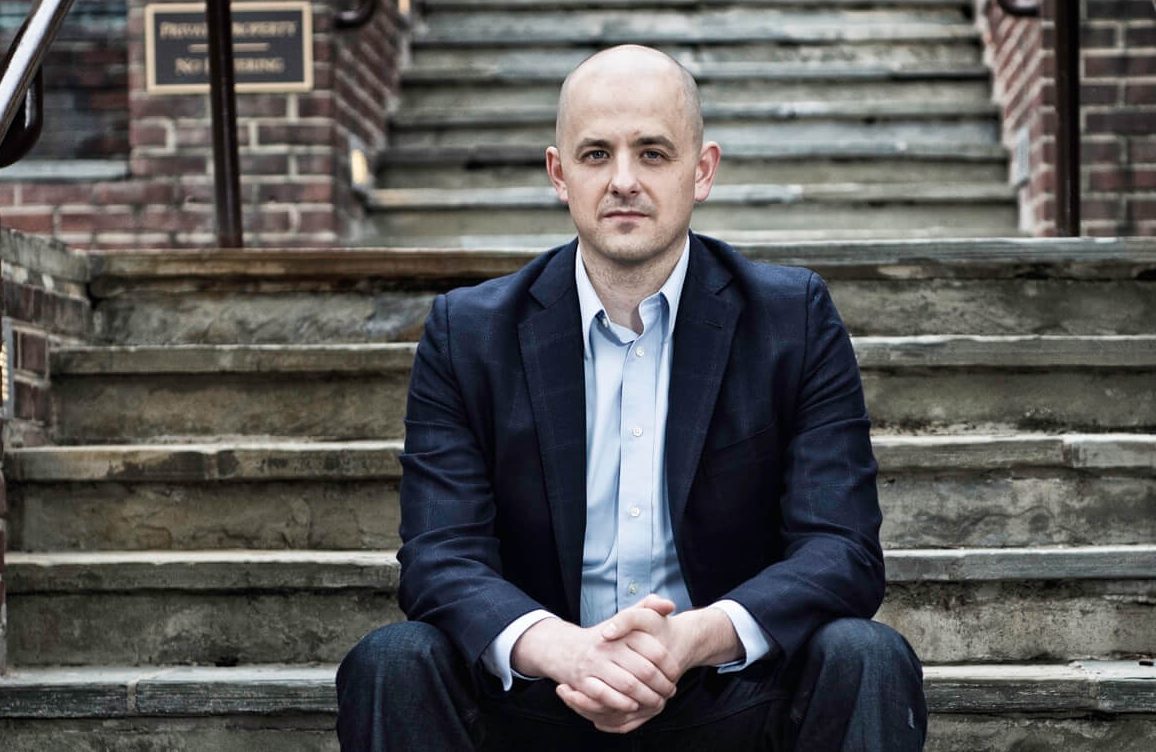 This election day I am filled with a lot of reverence. The sacrifices that have brought our country to this day are deep, precious and priceless. From the cold grounds at Valley Forge to the hallowed shores of Normandy, America has been more than an idea. From the liberation of Auschwitz to the ruble of the Twin Towers, America has fought for more than itself. From the homes of Americans to the graves at Arlington National Cemetery, America is freedom and liberty. Those sacrifices have given us the opportunity to stand and vote. Free of fear and full of hope, we can vote for a leader that won’t throw those sacrifices away.

But I am also troubled on this election day. Because this election is about more than the next leader of the executive branch of our nation. Our votes have the power to condone the actions of our nominees. Are we going to normalize the lies and corruption of Hillary Clinton? But even more meaningfully to me: are we, the Republican party, going to justify Donald Trump’s actions out of love of the party he claims to represent?

A few weeks ago, Donald Trump “declared war on the GOP” saying “… the shackles are off…” Are we willing to sacrifice the best parts of our party for a man who has declared war on us? Are we sacrificing the integrity of our party in the hopes that maybe, just maybe, we can get a Republican elected? I tend to feel like a victory in this election carries the greatest cost possible, our integrity.

I can’t vote for a man who speaks about women the way he does. He brags about sexual assault, something every woman can cringe over. Something many women have experienced, fear and are still learning to recover from. He speaks strongly about respecting human life, especially in regards to abortion (something I wholeheartedly stand behind.) But it feels empty, hollow and hypocritical. Especially when he treats human lives who are female, African-American, South American or a different religion like objects, criminals and animals.

So, if you are standing here on the day of election like a deer in the headlights looking for another option, there is one. One that has the greatest potential to communicate to the Republican Party and leaders that we are not okay. We are not okay with being represented by men like Donald Trump. His name is Evan McMullin and he offers the opportunity to vote your conscience.

Last week, I spoke with Evan McMullin[2] and his running mate, Mindy Finn[3]. They stood in such stark contrast with the two individuals I had been covering in the election so far. They were kind, passionate, humble and most importantly, they were there because they felt it was their moral obligation. They stood as strong conservatives who were fighting for their country, their children and their party. Because they, like me, believe the Republican party is more than Donald Trump can possibly represent. 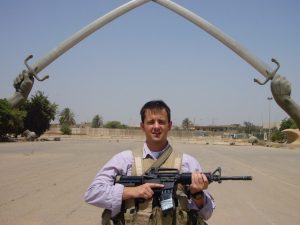 Too many people have sacrificed for my country and for my right as a woman to vote. I cannot sit back during this election. But I also can’t bring myself to support either of the two main candidates. Call me naive, but I refuse to be a catalyst in the moral decay of our country.

You might wonder why you have never heard of Evan before. In his words, “I am unknown because I’ve avoided the limelight so that I could serve. In the case of Donald Trump, he has avoided service so that he could seek the limelight.” He spent most of his adult life serving in the CIA. A service you can read more about here.[5]

To me, voting for Evan McMullin[6] is more than a vote for the presidency. It is a vote in opposition to the behavior that is being normalized and justified in this election. It is a vote for the America we want our children to know. Take a moment before you go to vote and look into this candidate. He has a strong chance in a handful of states. And at the very least he is a message. A message that we are not okay. We are not okay with Donald Trump. We are not okay with Hillary Clinton.

As Evan McMullin has said over and over, “it is never too late to do the right thing.” Even today, on the day of elections, it is not too late.

“It’s never too late to do the right thing, and America deserves much better than either Donald Trump or Hillary Clinton can offer us. I humbly offer myself as a leader who can give millions of disaffected Americans a conservative choice for president.”