Rand Paul has an interesting take on why we should restrict travel – and he gives no hoots who he offends with his opinion! 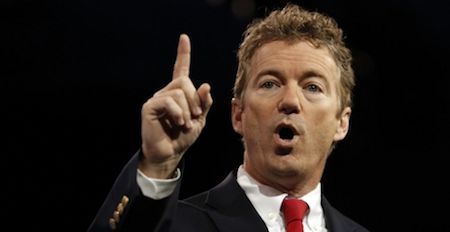 Sen. Rand Paul (R-KY) is calling on President Obama to implement travel restrictions to countries that are plagued with the Ebola virus.

Paul argued in an exclusive interview with Breitbart that the Ebola outbreak could quickly become a “worldwide pandemic” unless steps are taken to isolate the countries most affected.

Paul noted that experts are trying to alleviate fears by emphasizing that the virus is “hard to transmit,” yet doctors are catching the virus even while wearing “the whole works” of hazmat gear.

Why? “Political correctness,” Paul said in a separate interview with Laura Ingraham.

“And I think because of political correctness, we’re not really making sound, rational, scientific decisions on this,” Paul said. He added, “For example, if you’re [having] a worldwide conference of African leaders right now, wouldn’t it make sense to delay it for four months and not have them all come to New York City? It’s ridiculous for them to be underplaying this threat and saying no big deal.”

When we put Paul’s comments in the context of Obama’s decision to send 3,000 US troops to West Africa to fight Ebola, the president’s actions become even more unconscionable. A ship full of soldiers infected with Ebola returning to homes all across the US would be the absolute worst-case scenario.

Travel restrictions are a must at this point. With the incubation period of the virus as long as 21 days, individuals could easily carry it between continents without showing any symptoms. Questioning travelers isn’t enough – the first US Ebola patient lied about whether he had cared for an infected individual and was able to travel to the States – and now the virus has spread to American soil.

Harsh as it may sound, it’s time to put political correctness aside and start to place the safety of our own citizens over the welfare of the Third World.

It is so refreshing to have someone who is actually willing to call the left out on the PC bull that they think everyone in America should subscribe to. There is nothing wrong with protecting our great nation and restricting some travel- preventing an pandemic should be the priority here. Period.