I don’t know what liberals would do with themselves if they weren’t complaining about something. Their recent target is a little confusing, because it is someone who should be accepted within their ranks: a gay businessman. What was his transgression? He dared to allow Republican Presidential candidate Ted Cruz[1] in his presence. 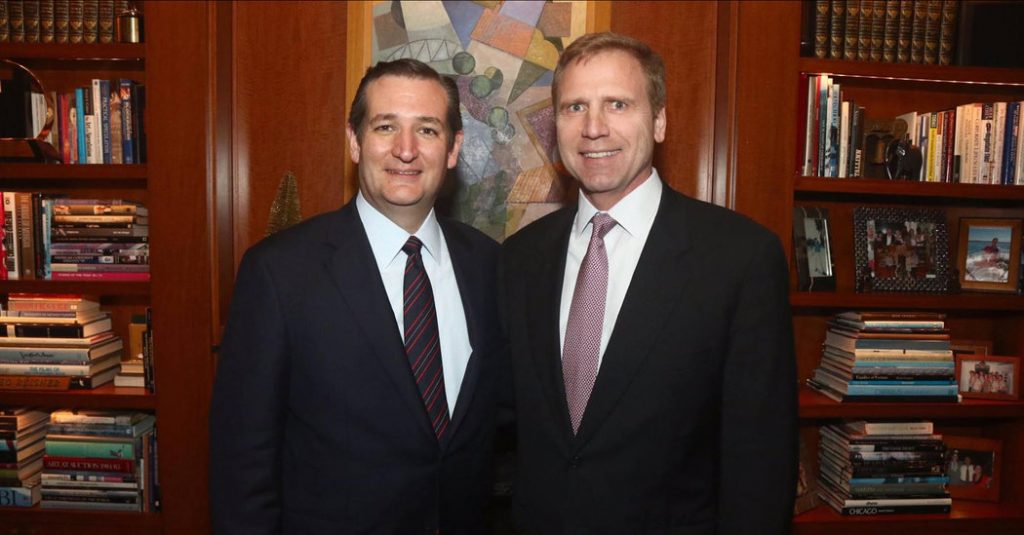 Here’s my favorite post from the boycott page[6], which now has more than 3,000 “likes.” It used to be that many straights viewed gays as so far beneath contempt that they wouldn’t want to shake their hands or invite them into their living rooms. Fifty years of the gay-rights movement has changed that, not universally but enough that the GOP’s leading “true conservative” candidate for president would be willing to attend a campaign reception in a gay businessman’s home. An ironic monument to “progress.”

Cruz’s statement about the reception last night was strong[7]:

“It speaks volumes that the New York Times considers it newsworthy that a Republican who believes marriage is between a man and a woman would meet with people who hold a different view. The purpose of the meeting and the primary topics of conversation were national security, foreign policy, and America’s commitment to standing with Israel. On the subject of marriage, when asked, I stated directly and unambiguously what everyone in the room already knew, that I oppose gay marriage and I support traditional marriage…

“A conservative Republican who is willing to meet with individuals who do not agree on marriage and who loves his daughters unconditionally may not reflect the caricature of conservatives promoted by the left, but it’s hardly newsworthy.

“I know it’s been a long time since we’ve seen it, but this is what it means to truly be a ‘big tent Republican’ instead of a panderer. I’m happy to go anywhere to anyone to champion conservative values. We’re not always going to agree on everything, and I’m not going to change my fundamental values. But at the same time, I’m hoping to offer enough bold leadership on a broad slate of issues that many voters will decide we agree on far more than we disagree.”

Newsflash, liberals, conservatives aren’t as close-minded as you. We can accept the person without having to accept their lifestyle or all of their choices. This man didn’t alienate fellow gays, and Cruz didn’t fold on his position about homosexuality, the two men simply got together to discuss topics that had nothing to do with their sexualities.