President Obama Moving To Give ILLEGALS Eligibility For Social Security And Welfare…Pissed Yet?

Tonight, millions of illegals will sleep soundly with the understanding that though they have committed a crime, there will be no repercussions. Not only has President Obama waved his magic, imperial pen to circumvent U.S. law and allowed them to stay, but now he claims the right to reward them with Social Security benefits and welfare.[1] And they say crime doesn’t pay… 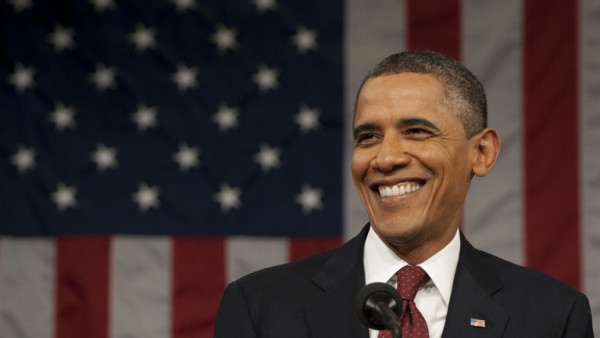 Does the president of the United States have the power to unilaterally tell millions of individuals who are violating federal law that he will not enforce that law against them now, that they may continue to violate that law in the future and that he will take action that makes them eligible for federal benefit programs for which they are not currently eligible due to their unlawful status?

The solicitor general calls what Obama is doing “prosecutorial discretion.”

He argues that under this particular type of “prosecutorial discretion,” the executive can make millions of people in this country illegally eligible for Social Security, disability and Medicare.

On April 18, the Supreme Court will hear arguments in the case. Entitled United States v. Texas, it pits President Obama against not only the Lone Star State, but also a majority of the states, which have joined in the litigation against the administration.

At issue is the policy the administration calls Deferred Action for Parents of Americans and Lawful Permanent Residents, which would allow aliens in this country illegally who are parents of citizens or lawful permanent residents to stay in the United States.

“The Executive Branch unilaterally created a program — known as DAPA — that contravenes Congress’s complex statutory framework for determining when an alien may lawfully enter, remain in, and work in the country,” the attorney general and solicitor general of Texas explained in a brief submitted to the Supreme Court on behalf of the states seeking to block the policy.

“DAPA would deem over four million unlawfully present aliens as ‘lawfully present’ and eligible for work authorization,” says the Texas brief. “And ‘lawful presence’ is an immigration classification established by Congress that is necessary for valuable benefits, such as Medicare and Social Security.”

In the administration’s brief, the solicitor general admits that the president’s DAPA program does not convert people illegally in the United States into legal immigrants. He further asserts that the administration at any time can decide to go ahead and remove these aliens from the country.

“Deferred action does not confer lawful immigration status or provide any defense to removal,” he says. “An alien with deferred action remains removable at any time and DHS has absolute discretion to revoke deferred action unilaterally, without notice or process.”

Despite this, he argues, the administration can authorize aliens here illegally on “deferred action” to legally work in the United States.

“Without the ability to work lawfully, individuals with deferred action would have no way to lawfully make ends meet while present here,” says the administration’s brief.

Nonetheless, the solicitor general stresses that “deferred action” does not make an illegal immigrant eligible for federal welfare.

“In general,” he says, “only ‘qualified’ aliens are eligible to participate in federal public benefit programs, and deferred action does not make an alien ‘qualified.’… Aliens with deferred action thus cannot receive food stamps, Supplemental Security Income, temporary aid for needy families, and many other federal benefits.”

But, he says, aliens here illegally with deferred action will be eligible for “earned-benefit programs.”

“A non-qualified alien is not categorically barred, however, from participating in certain federal earned-benefit programs associated with lawfully working in the United States — the Social Security retirement and disability, Medicare, and railroad-worker programs — so long as the alien is ‘lawfully present in the United States as determined by the (Secretary),'” says the solicitor general.

The “secretary” here is the secretary of Homeland Security.

“An alien with deferred action is considered ‘lawfully present’ for these purposes,” says the solicitor general.

So, as explained to the Supreme Court by Obama’s solicitor general, when DHS grants an alien here illegally “deferred action” under the president’s DAPA policy, that alien is not given “lawful immigration status” and can be removed from the country “at any time.” However, according to the solicitor general, that alien will be authorized to work in the United States and will be “considered ‘lawfully present'” for purposes of being eligible for “the Social Security retirement and disability, Medicare, and railroad-worker programs.”

The U.S. Constitution imposes this straightforward mandate on the president: “(H)e shall take care that the laws be faithfully executed.”

When the Supreme Court agreed in January to hear U.S. v. Texas, it made a telling request. It asked the parties to argue whether Obama’s DAPA policy “violates the Take Care Clause of the Constitution.”

The Obama administration has taken care of just one thing here: It has constructed a convoluted — and unconvincing argument — it hopes will provide the activists on the Supreme Court with a cover story to explain why this president need not faithfully execute the nation’s immigration laws.

Here’s the bottomline: these invaders have broken the law. The law still exists and the president, whether he agrees with the law or not, is duty-bound to enforce the law.

If he’s not willing to enforce the law, then what the hell good is having a president?

Further, by providing substantial rewards for this criminality, we are only inviting more and more illegals to violate our laws.

But then again, that’s really the point, isn’t it?…