Oscars boycott promoters are using common core math when they complain about the ‘whiteness’ of the Oscars screaming at the world how unfair their chances are to make good movies. There’s one candidate who seems to understand that this isn’t a fairness issue… 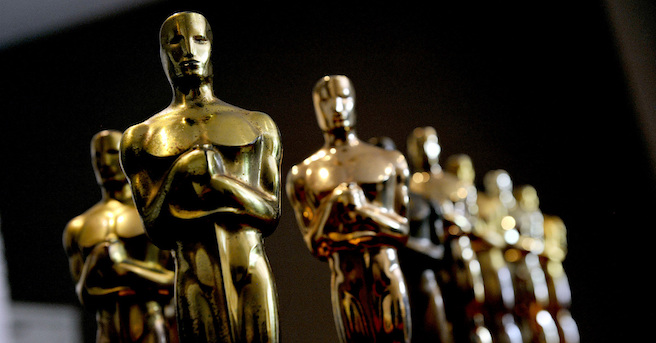 “Well, I think it’s a tough situation,” Trump told the “Fox & Friends” gang. “I think it’s really sad. And Al [Sharpton] is just a guy who wants to get publicity for himself. And I understand him very well.”
Al Sharpton called for a boycott of the Academy Awards ceremony after observing that the academy had failed to nominate a single person of color for the second year in a row.

In response, entertainers including Snoop Doog and George Clooney have raised protests, as have Jada Pinkett Smith and Spike Lee.

“I saw somebody on your show today say, ‘What do we do with BET, Black Entertainment, right?’” Trump said. “The whites don’t get any nominations. And I thought it was an amazing interview, actually. I’ve never even thought of it from that standpoint.”

He continued: “But with all of that being said, it would certainly be nice if everybody could be represented properly. And hopefully that’s the case, but perhaps it’s not the case. It’s a difficult situation.”

However, forget about what the ACTUAL numbers and statistical chances of winning based on race population alone. That kind of fairness crap is crap! Instead of asking for a handout of Affirmative Action ‘fairness’, shouldn’t people insist that each movies performance in the box office play a higher role than old directors voting from their living rooms? Dollars spent should play a heavy hand in the Oscar results, those aren’t numbers that can be prejudiced. Just make good movies, KILL at the box office and figure out ways to have box office figures decide who wins instead of focusing on black and white… focus on revenue and push that.