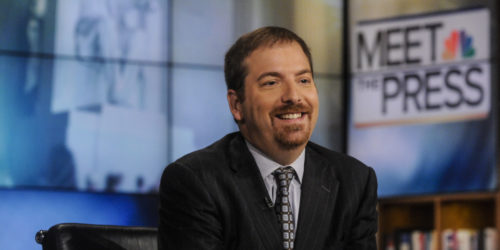 The ire was real[2] when RNC Chairman and Trump’s nominee for Chief of Staff, Reince Priebus, spoke with Chuck Todd on NBC’s Meet the Press. Priebus was holding Todd’s feet to the fire for proof of his assertion that the Russians hacked the RNC and/or tried to influence the election. And it wasn’t pretty. Todd went on defense but ultimately had no evidence to offer. No surprise there.

Todd said, “The assessment from the CIA that the actions by the Russian government were disruptive in order to help Donald Trump. Does Donald Trump have confidence in America’s intelligence?” 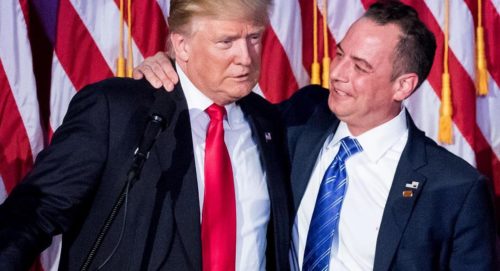 Priebus replied that, “Of course he has confidence in America’s intelligence, but we don’t have confidence in the New York Times releasing a report of unnamed sources… of some kind of study that the Washington Post said was inconclusive. The RNC was absolutely not hacked. When the DNC was hacked, we called the FBI. The FBI went through everything, and we were not hacked. If we were not hacked, then where does that story lie?’

Todd responded with disbelief, “Not a single person connected to the RNC was hacked?”

And Priebus volleyed back: “I don’t know why you are so hot about this. I mean, the fact of the matter is, you should be happy the RNC wasn’t hacked. The RNC was not hacked Chuck, and I don’t know of any employee who’s own gmail account that was hacked. I am refuting the specific fact that was made in the article that created this entire firestorm. Why would the press run with something that isn’t true?”

Then Todd came back with, “The CIA has made this assessment.”

Reince answered, “What I’m asking you Chuck, tell me what the specific source that you have, other than the New York times article. What source are you using to be so adamant to get a response from me? What’s your source?”

Chuck asked, “Do you believe, let’s just clear this up, does the president-elect believe that Russia was trying to muddy up, get in involved in the election in 2016?”

And Priebus concluded, “Number one you don’t know it, I don’t now it, and there has been no conclusive or specific report to say otherwise. The second thing I would tell you is that, you don’t have any proof that the outcome of the election was changed, forget about who did the hacking, if someone did the hacking.”

It seems Mr. Todd is forgetting who got hacked. The Democrat National Committee, that’s who got hacked, Chuck. And what was revealed by WikiLeaks after that hack was Democrat collusion with the media, you know, guys like you, Chuck. It revealed that the Democrats paid people to cause violence and disrupt Trump rallies, it revealed that the Democrat’s attitude toward the minorities they claim to represent and care about is actually really condescending. So Chuck, next time you want to roll with ‘news’ from the New York Times, think twice. They are a major purveyor of fake news. Almost as fake as your feigned outrage. No one believes you, Chuck. Well, except for maybe a few young Progressives hanging out in mom and dad’s basement.

It’s okay Chuck. We didn’t expect much from you. And you have delivered on that quite nicely. Good for Priebus for staying focused on the point; Todd and his ilk are uninformed puppets parroting the factless Democrat talking points.

See video for full interview below.