Professor Ordered To Apologize For Conservative Blog Post Or Else Lose His Job!

The modern left has grown incapable of accepting diversity of opinion. Painting everything as a matter of moral imperativeness, liberal ideology today relies entirely upon silencing those with whom one disagrees and such tyrannical tactics are being employed against a professor[1] who dared to challenge the supreme liberal intolerance of a fellow professor. 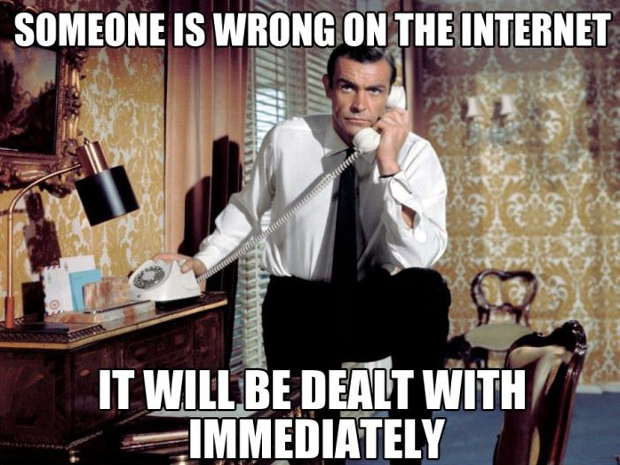 A conservative professor at Marquette University has been ordered to apologize for critical comments he made of another professor on his blog, or else he will lose his job.

The tribulation of political science professor John McAdams began nearly a year and a half ago. McAdams has long run a blog called Marquette Warrior[3] where he frequently voices conservative views on both Marquette and national issues. In the fall of 2014, he wrote about an incident[4]between a Marquette undergraduate and a graduate student, Cheryl Abbate, who was teaching a philosophy course.

Abbate was discussing how the philosophy of John Rawls could be used in modern political debates, and so spent some time engaging in short debates over various political issues. But when she reached gay rights as an issue, she skipped over it, allegedly stating that “everybody agrees on this.”

A student opposed to gay marriage approached Abbate after class, arguing it was disrespectful to so lightly dismiss his opinion and deny him the opportunity to voice his views in class. In response, Abbate told the student that his opinions were not appropriate for the class. The entire thing was caught on tape, as the student surreptitiously recorded the conversation.

“Do you know if anyone in your class, in your class is homosexual? And do you not think that it would be offensive to them if you were to raise your hand and challenge this?” Abbate told the student. “You don’t have a right in this class … to make homophobic comments.”

McAdams’ blog post strongly criticized Abbate’s response, accusing her of “shutting up” dissent, a tactic he described as “typical” among modern liberals. Abbate, for her part, claimed she was simply trying to avoid wasting time on an off-topic argument, and she accused McAdams of misrepresenting her words.

After McAdams’ blog post, the story attracted national attention, producing a torrent of criticism at Abbate (who eventually transferred to the University of Colorado). That wave of criticism in turn got McAdams in trouble with Marquette administrators, who claimed his criticism of Abbate amounted to unprofessional harassment. McAdams was suspended with pay by Marquette and banned from campus[5] pending a disciplinary hearing.

More than 15 months after McAdams’ initial suspension and months after a faculty committee produced a lengthy report on the matter, Marquette finally levied its final punishment Thursday. McAdams is suspended without pay through the fall 2016 term, and he has been ordered to issue an apology for his behavior. If he refuses to do so, he won’t be allowed back following his suspension.

Marquette maintains that its punishment is not an act of political retribution.

“[This punishment] has been guided by Marquette University’s values and is solely based on Professor McAdams’ actions, and not political or ideological views expressed in his blog,” Marquette president Michael Lovell said in a campuswide email sent Thursday evening.

But McAdams thinks otherwise, and he told The Daily Caller News Foundation that he has absolutely no plans to issue any apology.

“I am not going to grovel and apologize,” he said. “This whole thing is reminiscent of the Inquisition. If somebody would just confess they’d been consorting with the devil, then they wouldn’t be burned at the stake.”

McAdams said he plans to sue Marquette if it tries to dismiss him. While Marquette is a private school and isn’t subject to the First Amendment like public universities are, McAdams said the school’s faculty contracts effectively grant professors First Amendment free speech rights. Those rights, he said, should protect his right to speak freely on his blog.

McAdams said that while several professors have supported him, either openly or in private, he also has made many enemies after 10 years of blogging.

So, to summarize: the student who objected to having his viewpoint dismissed as “unacceptable” bigotry (despite being the predominant viewpoint for thousands of years) was forced to endure abuse and transfer to another school. The professor who abused her position to silence any potential for ideological discussions got to move-on to another position.

The man who highlighted this outrageous academic tyranny, however, has been vilified and faces a political ultimatum: grovel and admit that you were wrong for ever challenging liberal intolerance, or face the unemployment line.

The left keeps getting more and more militant and willing to succumb to tyrannical behaviors to consolidate agreement. It is up to each and every one of us to bravely challenge these bullies and that starts by sharing this story.