While we’re all focused on whether Russia had anything to do with our elections or not, the Davis County Prosecutor is calling for the Department of Justice to look into a potential connection between Harry Reid and what is believed to be a $2 million bribe.

How much do you want to bet that THIS won’t be dominating the mainstream media all week? 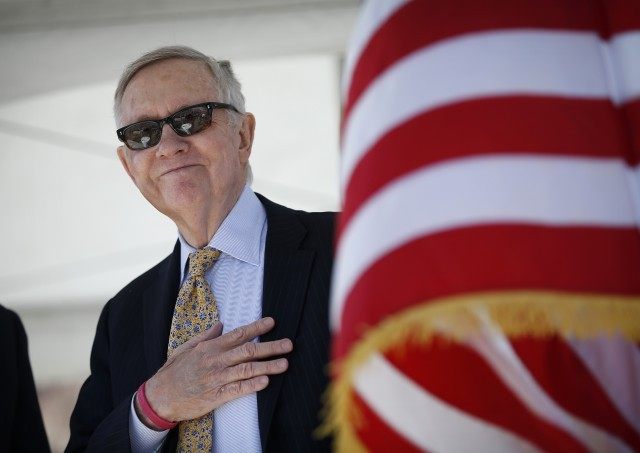 It is believed that Harry Reid may have received a $2M bribe to push the legalization of online gambling.

The Salt Lake Tribune[2] published the story that should be getting the insane amount of attention that the Russia debacle is receiving.

From there, it was sent by FedEx to a Los Angeles attorney who represented Ireland-based Full Tilt Poker.

Made out to “Mail Media LTD” — a Full Tilt-owned entity used to launder online-gambling funds — the millions then were deposited at Basler Kantonalbank in Switzerland, where Mail Media had an account.

And from there, Davis County Attorney Troy Rawlings is investigating whether it went into a Marshall Islands account in the name of Searchlight Holding Inc. to benefit, or even bribe, Harry Reid, the once-powerful majority leader of the U.S. Senate whom online poker companies had been courting to push a bill to legalize their gaming across the nation.

But documents gathered by The Salt Lake Tribune from state and federal investigations, court filings and public records requests — including audio recordings of interviews and thousands of pages of transcripts, summaries by investigators, emails, requests for evidence and other materials — show that the Department of Justice (DOJ) and the FBI failed to pursue a vigorous investigation of this money and any potential tie to Reid.

I mean would it really shock anyone if Reid did receive bribes? I mean come on, just one look at the guy and you can tell he’s a snake.

You can read the rest of the Tribune article here[3].