“I Protected Hillary Clinton In The Secret Service.” Here’s Why Her Fainting Video Really Scares Me

You know it’s bad when even your former Secret Service agent (who will protect whomever they are assigned without question) has to speak out on your health issues.

Gary Byrne wrote an article for Independent Journal Review – Opinion[1] in which he explained why Hillary Clinton’s “medical emergency” was such a big deal. He  also wrote “Crisis of Character” about his time as a Secret Service agent working for the Clintons. He is giving us an insider/professional perspective into this whole mess and it’s actually very intriguing. 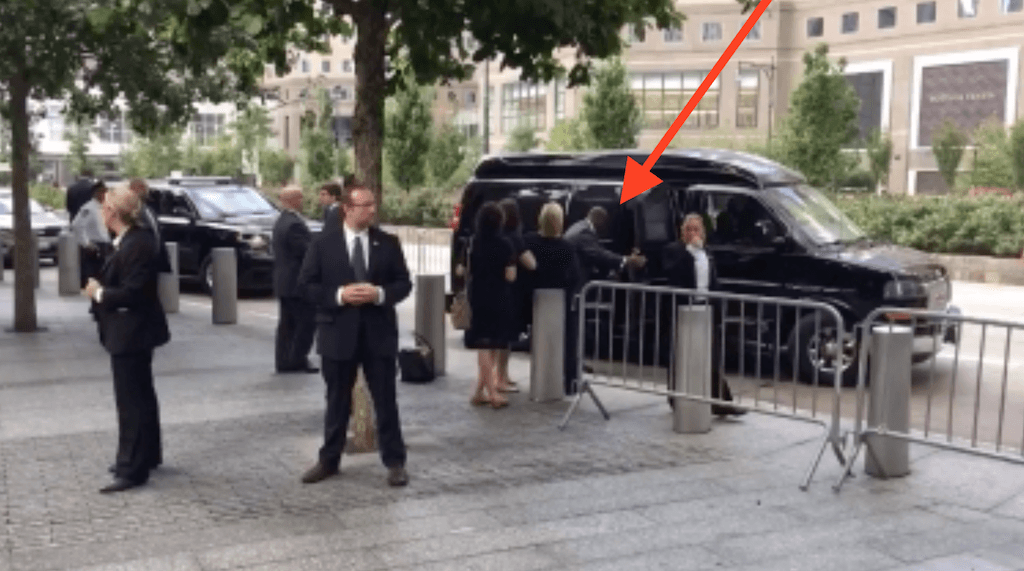 I protected First Lady Hillary Clinton, President Bill Clinton, and their family while I served in the Secret Service Uniform Division as an officer from 1991-2003.

By now, you have most likely seen the startling video of Hillary Clinton ‘fainting.’ Through the lens of my 29-year-career in The Service, I can see what a naked-eyed media pundit cannot: There is something seriously wrong with Mrs. Clinton.

In case you haven’t actually seen the video, I’ll link it below so we can all be on the same page:

He continues with his letter.

Pneumonia or overheating are highly suspect excuses and I’ll explain why.

My analysis is not partisan. I cared for and protected the Clintons for many years. It was my duty to guard Mrs. Clinton in the Secret Service and I was so close to the First Family that the Supreme Court subpoenaed me to testify on the details of Bill Clinton’s late-term scandals.

These are the facts.

He then takes a brief moment to commend the professionalism of the security officers who helped her, who, I have to admit, kept it much cooler than I would have been able to manage.

Watch Clinton’s Secret Service’s detail in the video. Their behavior is extremely professional and very telling. Each agent is to be commended.

After this, he breaks down the video blow-by-blow:

At the beginning of the video, Hillary is with a protective detail of Secret Service agents, as well as two female staffers. One staffer stands very close at her back and another is shoulder-to-shoulder and arm-in-arm with Mrs. Clinton to give her balance and prop her up.

Mrs. Clinton leans against a “ballard,” the metal columns we use to stop incoming 5-ton vehicles, and “bicycle racks” (our nickname for the portable metal fences) to restrict pedestrian access to an area.

As the van pulls up, she has a rigid wavering posture. She awkwardly leans on the ballard and stares straight ahead with her neck craned and extended up as her body is supported at the side and rear by her staffers.

One agent gets the door, but no one moves to enter. The Secret Service doesn’t like to wait—standing still in the eyes of the Service is waiting for an attack to happen. But the staffer can’t move Mrs. Clinton. Anything that holds up a motorcade is extremely dangerous and anything that ties up a Secret Service agent’s hands from drawing their pistol or intervening a threat is a hazard.

The female agent at the front of the van is scanning. She sees Mrs. Clinton odd behavior as well. The female agent begins backing up to the entrance of the van to shield both sight and anyone approaching—as is procedure. She keys her mic signaling that the van is about to move. The agent is to be commended for maintaining her blank expression.

Watch the video above again. Are you seeing all of this as well?

The agent who opened the door moves to take the place of the staffer and take Mrs. Clinton’s arm, but as they switch control, she nearly falls completely. The bald agent, who I believe is the shift leader, knows what is going on with Mrs. Clinton and – this oddity is very telling – crosses between her and her exit (the van door).

As Mrs. Clinton jerks back and forth and her legs fold, the bald agent takes her right arm. The staffer also tries to also grab underneath Mrs. Clinton’s armpits to lift Mrs. Clinton.

Close examination of Mrs. Clinton’s legs reveal her feet and legs have extended and are not holding her weight at all. The toes of her right foot drag and skid on the pavement. As they lift and push her forward, her legs don’t keep up and she falls forward again, yet they can’t lift her too high as to risk smacking her head. Any Officer or protection agent knows the risk of that.

That is when all the other agents, especially this young jet-black haired one, convene to shield her from view completely. We call this “collapsing on” the protectee. They left in such a hurry to get her from the public view that her shoe—which she could not retain—was left behind.

Does this about cover it? Did you learn anything new or see something you didn’t see before after reading this professional analysis? Let us know in the comments![3]