Why is it so hard for people to understand that disrupting people’s commute isn’t exactly the quickest way to win them over for your cause? Protesters in Missouri, who apparently confuse “freedom of speech” with causing gridlock, got more than they bargained for when a busload of impatient commuters took matters into their own hands[1]. 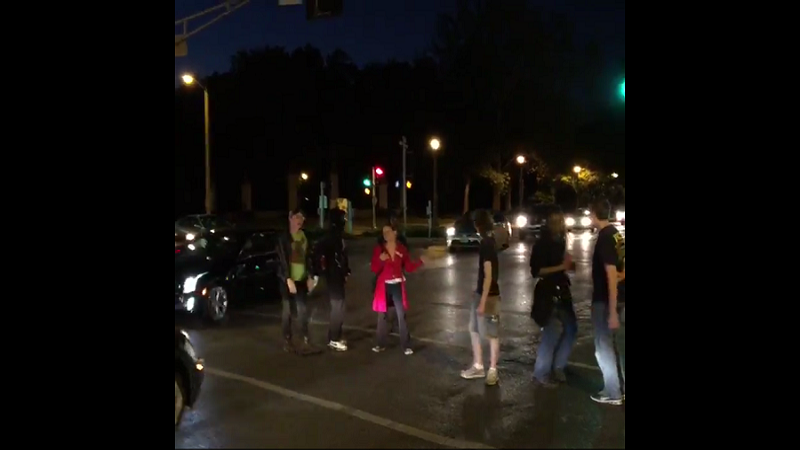 Protesters shouting “Hands Up, Don’t Shoot” at a May Day event Friday night blocked traffic at a busy St. Louis intersection to get their point across, according to Paul Hampel of the St. Louis Post-Dispatch.

Unfortunately for them, some commuters had their own point to share: You cannot interrupt the lives of everyone else for your cause.

After trying to reason with the angry demonstrators, passengers on a bus that was stopped at the intersection got off and let the protesters know that if they didn’t move, they would move them against their will.

Guys jumped off the bus and threatened to pummel protesters if they did not move. The protesters gave way. #STL[3] pic.twitter.com/rBVVc6Dul8[6]

First of all, it should be noted that there weren’t even enough people in this rousing “hands up, don’t shoot” crowd to make up a baseball team. Second of all, they’re probably lucky none of these bus passengers had to actually use physical force. Judging by the number of disgruntled motorists around, it would likely not have ended well for the young anarchists.