American war veterans should honestly be treated like the heroes that they are, not like how the Obama administration and the Veteran’s Affairs Office has treated them.

One particular Marine veteran took a stand[1] at the DMV because he wanted to tear down the double standard between American heroes and Muslims. Take a look at his story: 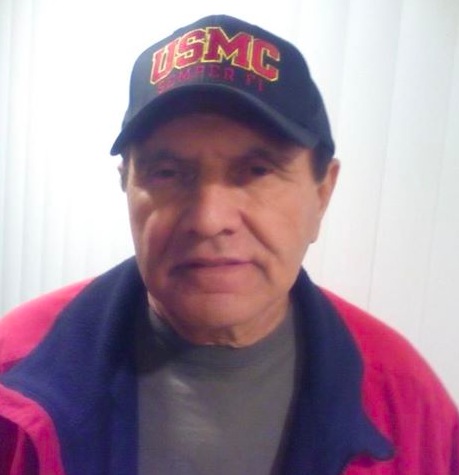 Once inside the facility, the Bakersfield resident readied to get his photo taken — but as his wife Henrietta recounted on a Facebook[3] post, the DMV wasn’t too keen on his headwear and asked him to remove his cap.

Curiosity took hold of the official, who asked why he wouldn’t remove his cap. Morales replied that he saw other men wearing religious head coverings who were getting photographed with no problem: “Those men didn’t remove their head wear, I shouldn’t either.”

His wife recounted the DMV’s retort — that “this was their attire and their religion.”

“Alex told the DMV person that what he had on was his attire and when he entered the Marines he declared an oath to the USA, and one nation under God” — and therefore his oath was “just as good as his religion.”

Believe it or not, the DMV apparently didn’t know what to do. Henrietta said supervisors got involved and a phone call to Sacramento, the state capital, was made.

After an hour, Morales was given a preliminary verdict: He could wear his hat for the photo — but if there were any problems, the office would let him know, and he could appeal the ruling.

If Muslims are allowed to wear their hijabs and head-wraps in their driver licences, then why can’t our wounded warriors and American veterans be allowed to wear a hat because they took an oath to this country.

America is some people’s religion in a way, and there shouldn’t be any special treatment given to Muslims just because it’s the politically correct thing to do.