A nurse in Italy has been arrested and charged with murdering 13 patients within two years. But the way she killed them is bizarre.[1] 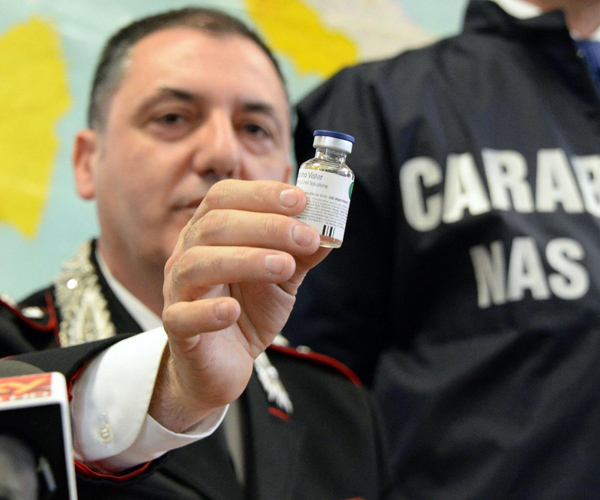 Carabinieri Captain Gennaro Riccardi shows the anticoagulant that was allegedly used by a nurse to kill 13 patients.

Police said that Fausta Bonino used fatal doses of a blood-thinning drug to kill intensive care patients at a hospital in the coastal town of Piombino, Tuscany, AFP reported.

“None of the victims’ lives had been in danger at the time the drugs were administered,” detective Erasmo Fontana said. They were ages 61 to 88 with serious but not terminal illnesses when they died between January 2014 and September 2015.

The patients reportedly were given 10 times the normal amount of the blood-thinner Heparin, The Guardian reported, noting that the victims apparently didn’t need the drug.

Bonino, who is in her mid-50s, was caught by police who used secret cameras to observe her.

Twelve of the victims died of internal bleeding and one died of cardiac arrest. This evil woman better spend the rest of her life locked up. Why would someone who is supposed to care for people and help them live, do just the opposite?