What do you do if your two bulldog/pit bull/bull mastiff mix aren’t “aggressive enough?” Well, if you’re this piece of garbage[1]… 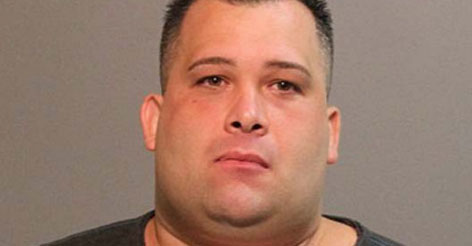 A man who was charged with killing two puppies because they weren’t ‘aggressive enough’ was arraigned in Revere, Massachusetts on Tuesday.

Jason Gentry, 34, who says he is a dog trainer, is accused of killing the five-month-old Donovan Pinschers – a breed that is known for aggressiveness – because they didn’t live up to their reputation.

This classy individual also once bragged about hanging a dog from a pole…and fed Valium to another so it could be sent New York. You can watch more below.