Having a puppy chew on your belongings can be very upsetting. However, there is a special place in hell for the sick SOB who punished his dog for chewing on his cell phone by boiling the dog alive and chucking him off a building. As horrendous as this tale is, thankfully, it has a happy ending that will leave you smiling![1] 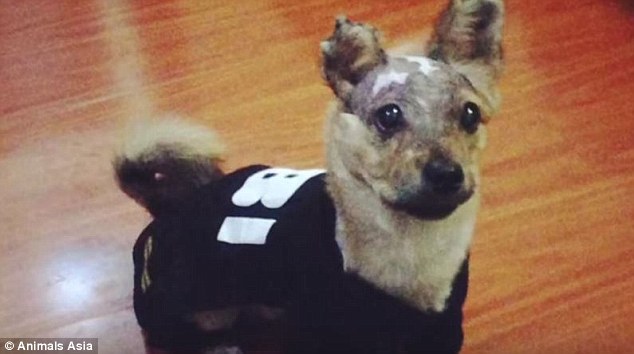 A puppy who was scalded then thrown off a four-storey balcony has been nursed back to health and made a ‘miracle’ recovery.

Tuffy the cross-terrier was left for dead after being viciously attacked for chewing on its owner’s mobile phone in southwest China’s Chengdu province.

The six-week-old pup was spotted on the brink of death by a passerby, who rushed him to a vet and paid for his treatment, reports AnimalsAsia.[3]

‘I was shocked and sickened to my core. I could not stop the tears from rising, there was no point. Never had I seen an animal in so much pain,’ she said.

She praised Yan Yingying, 30, who rushed to his aid after spotting the dog lying scalded out the front of the apartment block.

‘The sight must have been so horrific – and I’m sure many people would have walked past and pretended not to see…But she took Tuffy to a local vet and paid for all his veterinary care.’

Tuffy was burned so badly he had to sleep with his eyes open as his eyelids were too tight to close, suffering blisters to 60% of his body.

The dog was heavily bandaged and needed to be nursed round-the clock for months with injections and pain killers.

Now, Tuffy is living with Ms Yan, rescued him and paid for his treatment. She named him ‘Tuffy’ because a ‘tough puppy needed a tough name’.

Animal Asia’s founder Jill Robinson said he is the most resilient animal she has ever come across.

‘I’ve read that people who jump out higher than the third floor of a burning building are unlikely to survive. It was a miracle that Tuffy did.’

‘Tuffy has more passion for life than any animal, or person, I have ever met.’

This dog appears to be truly happy and this is certainly a tale that illustrates the best and worst that mankind has to offer.

Though this story has a happy ending, it is my sincerest hope that the dog’s former owner is boiled alive and thrown off a building. I can think of no better way to ensure justice for this abused pooch. 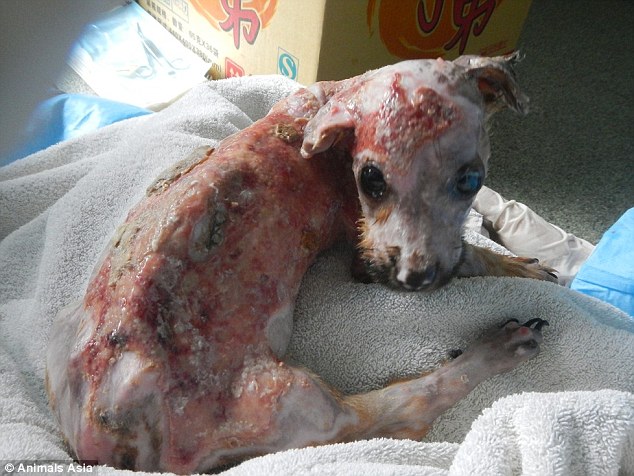 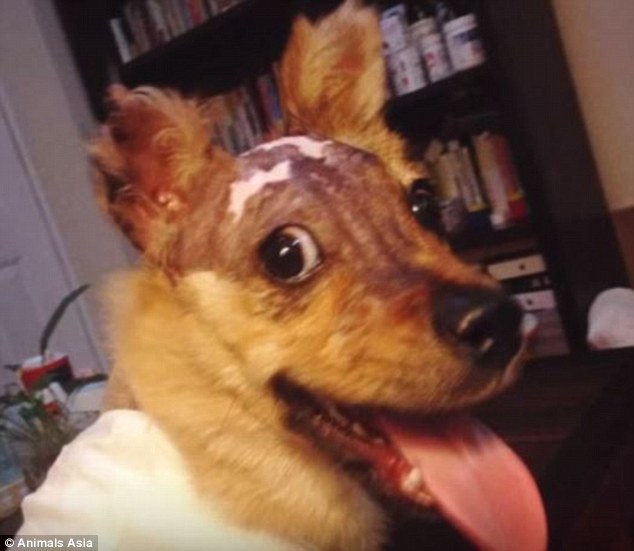