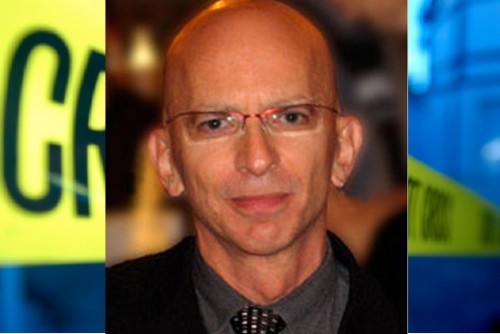 In an unsurprising demonstration [2]of the sheer bitterness, hatred and destructive nature of the pro-abortion mindset, a Purdue staff member has said he can put his “hypothesis” to the test by offering to rape the female loved ones of pro-lifers to “prove” that they would indeed choose to use abortion to take the life of any resulting child. Words cannot really describe how low one has to sink to threaten rape and homicide of an unborn child all at once. If there is a war against women and babies in this nation, this is it. People like Mr. Newman hate the thought of a world where they cannot kill an unborn child at will, which says far more about his despicable values than it does about pro-lifers. Do you think he should be fired?

The Purdue University Police Department (PUPD) launched an investigation into the alleged threats on Thursday morning but concluded the investigation that evening after it found insufficient evidence to terminate Newman. The school is nonetheless strongly condemning his “outrageous and vulgar” statements, demanding nothing less than a full apology and explanation for “the harm he’s done” to the Purdue community.

Campus Reform initially broke the story that Newman posted a string of controversial comments on Purdue Students for Life’s (PSL) Facebook page, and then allegedly posted a comment on Live Action News threatening to rape the “wife/daughter/great grandmother” of another commenter on the site.

As a result of the controversy, Purdue’s attorney Steve Schultz asked Newman to issue a “full apology and explanation” in a statement obtained by Campus Reform in which Schultz calls “Newman’s obnoxious rhetoric” an “embarrassment for Purdue.”

“As we’ve already indicated, a threat of rape is outside the bounds of any definition of protected speech. And if it appeared that Mr. Newman had any such intention, he would have been terminated immediately. But the police investigation tells us that there was, and is, no real threat to the campus community. That finding does not foreclose the possibility of other employment-related actions based on Purdue’s internal complaint processes.

The disruption we’ve endured as a community is entirely due to Mr. Newman’s online posts. Anything other than a full apology and explanation from him about the intent of his statement will be insufficient to cure the harm he’s done.

Mr. Newman is nothing new. Those who believe violent acts are the way to make a political point have been around since time began. Some of them even get honored in a Super Bowl halftime shows. Does a man like Mr. Newman need to be in a position to influence young minds? Do we really want to hear our impressionable college young people coming home spouting these despicable ideas? What would you do if your student was at Purdue? Scroll down for a screen shot of his words. 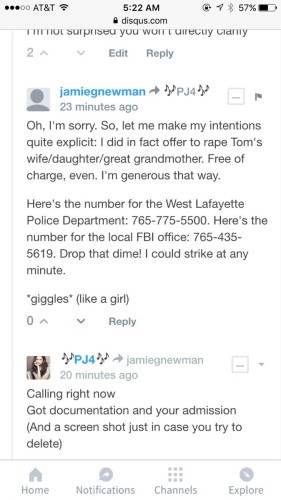