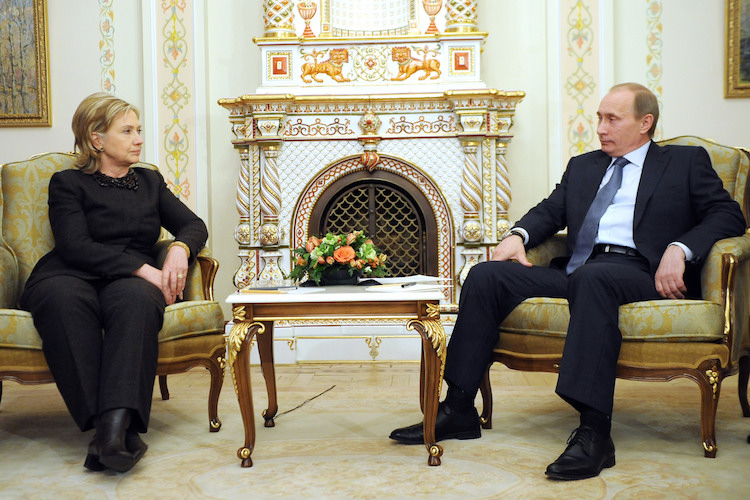 Hillary Clinton is on one when it comes to how she casts her view on Putin’s Russia. Quite frankly, he’s sick of it. Bad guy, good guy…does it really matter when we all are facing a common enemy?

Well we are and that enemy goes by the name of terrorism, more specifically, ISIS.[2]

However, despite coming together to defeat a common enemy being the best thing to do since the beginning of time, Hillary Clinton would rather focus on all the little cracks in the ground…as the damn sky is falling upon us.

Or so she says for now… (the woman does change her stance quite often).

Putin has had it with Hillary Clinton’s attempts at casting Russia as the villain of the world and America’s greatest foe. In fact, President Vladimir Putin is so sick of her calculated antics that he has decided if push comes to shove, he will NOT allow Ms. Hillary “LIAR” Clinton to be the global bully she is making herself out to be.

“Jeopardizing Russian-American relations in order to gain brownie points internally – I consider this to be harmful and counterproductive,” Putin recently told reporters in Russia in a video.

“It’s not funny anymore. If somebody out there wants confrontation. This is not our choice but this means that there will be problems,” Putin warned.

“… we consider it wrong, that we always have to be in conflict with one another, creating existential threats for each other and for the whole world,” he said.

Putin has posed a real honest and important set of questions, that I think we all deserve the answer to.

“Would Mrs. Clinton delivers on her threats and harsh rhetoric against Russia if she became President? Or will she correct her position against us?” he said.

That of Clinton trying “to distract voters from the country’s problems” by placing the blame of all our nation’s problems on others, mainly… Russia.

We know this, because it’s what her party is all about. Division, hate, lies, rigging, more lies, more rigging and further divide to create a sense of chaos until the nation’s people are RIPE with terror, for the government to swoop in and play hero to gain the final and complete round of trust from its citizens. Right before they lead them to a metaphorical slaughter.

For this reason, Putin to the surprise of many, has made it really clear who he’d like to see become the next President of the United States.

I happen to think that his reasoning for this preference is spot on.

“Mrs. Clinton has chosen to take up a very aggressive stance against our country, against Russia. Mr. Trump, on the other hand, calls for cooperation – at least when it comes to the international fight against terrorism,” Putin said.

“Naturally we welcome those who would like to cooperate with us,” Putin noted.

Hillary has been quoted saying that Russia poses NO threat to America, now she’s singing to a different tune and tomorrow that tune will most likely change again.

That’s what people like the Clintons do. They stand for everything, thereby standing for NOTHING. Except, themselves…and their hunger for riches and power.

Storybook villains in every way.

Normally, a storybook finishes with a ‘happily ever after’…

Will that be the same for us? 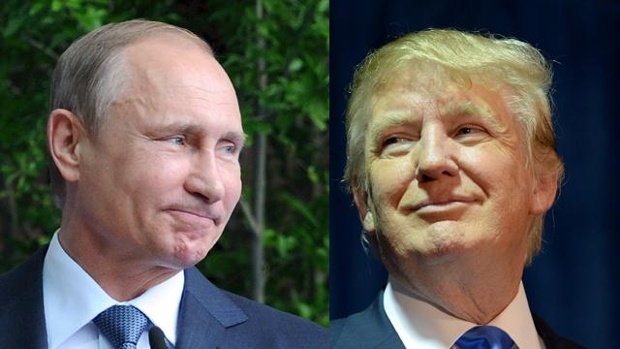