I don’t know about you, but I don’t like people talking to me about ANYTHING before I’ve had about my coffee, let alone serious issues like racial tensions.  Apparently I’m not alone, and apparently one of the Starbucks executives behind their #RaceTogether campaign doesn’t want to talk to you[1] about it anymore… 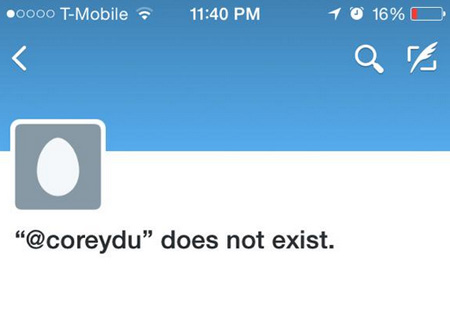 Starbucks is in hot water after launching a campaign that encourages baristas to talk about race relations with customers. Critics have been lashing out at the company on social media, saying Starbucks is trying to capitalize on racial tension in the US. Following the backlash, Starbucks’ senior vice president of communications, Corey duBrowa, deleted his Twitter account, which only added to critics’ outrage.

“I was personally attacked through my Twitter account around midnight last night and the tweets represented a distraction from the respectful conversation we are trying to start around Race Together,” duBrowa said. “I’ll be back on Twitter soon.”

In a way, the campaign worked.  People from all races and backgrounds came together in unison…to mock what a terrible idea this was.