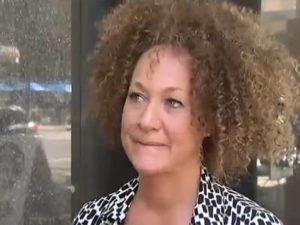 The reason why we’re in this mess today takes a little historical perspective. In 1973 psych professional in their finite wisdom decided to remove Homosexuality from the DSM 4. Prior to that there was agreement between the science community and the religious community that Homosexuality was considered “abnormal” behavior. Both groups had different reasons for arriving at the same point of agreement.

However, thanks to lobbying LBGTs on the Psych community they changed their minds and declared what used to be abnormal, normal. And warnings were given over years ago that other mental disorders would fall by the wayside and declared normal, not because of science, but politics.

Last week the world was introduced to Caitlyn Jenner, a man who declares himself a woman and we’re all suppose to fall in line and accept it as legitimate and mentally normal. Yesterday, we were told RachelDolezal[2] is “transracial” a woman born White but now declares herself to be African American. It is what she feels and that’s all that is necessary according to the Psych community who has totally sold out their professionalism for a little PC adulation.

The Psych community has been thoroughly corrupted to the point where they have little value anymore. If a person wants to be a Chicken, the Pychs will be happy to find him some feathers because others have no right to call him crazy. This is insane!