The President of NASCAR recently said that he wants to ban the Confederate flag from all NASCAR races.  The fans who go to NASCAR races?  They disagree… 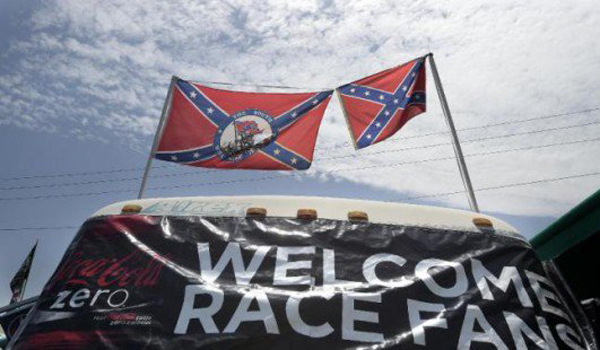 The Confederate flag is front and center.

It’s been like that for years. And the 57-year-old Rebenstorf has no plans to take it down – not even if NASCAR decides to ban the embattled flag from its racetracks.

“They’d have to come and get it,” Rebenstorf said Saturday, pointing out that his American flag purposely flies a few inches higher than the rest.

You can read a lot more responses from fans here[2]. Daytona offered to exchange Confederate flags for American flags which, political correctness aside, to me at least sounds like a fair compromise.