Just like Ted Cruz, radio host Michael Savage is blaming Donald Trump a bit for the National Enquirer story alleging that Cruz has had multiple affairs.

Now, Savage is saying that he will actually pull his support from Trump unless he disavows the entire story and the CEO of the National Enquirer, David Pecker. 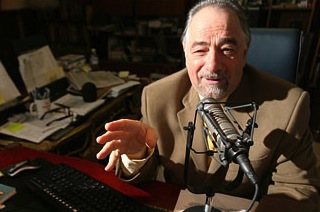 Listen here[2] and see the full transcript[3] below:

“I don’t blame Donald Trump but if he finds out that this Pecker is behind it he should get rid of this connection because this is not gonna help him at all,” Savage said, according to audio posted to a conservative blog.

The radio host added, “This is assignation by innuendo. … I go where the truth is. I’ve supported Trump, probably still will but if he won’t disavow this guy Pecker and the story I may withdraw my support from anyone in this campaign.”

Whether you believe the story or not, it’s quite clear that the Trump campaign doesn’t have much to do with the National Enquirer story.

Yes, Pecker and Trump are friends, but you can’t put guilt on Trump just because his friend’s newspaper releases a story like this. That’s guilt by association.