Seriously, Mitch McConnell is having the worst week ever. First he gets put on blast by Ted Cruz on the floor of the Senate, and now this[1]… 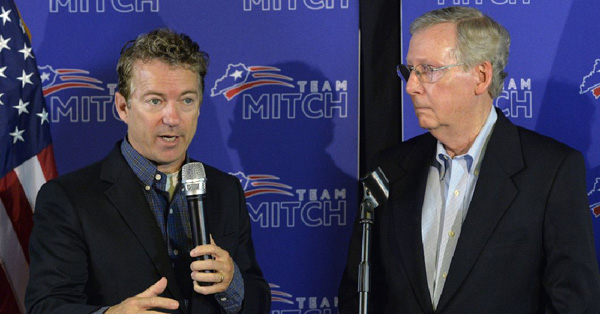 Sen. Rand Paul, R-Ky., announced late Friday that he will “use every Senate rule” to force his Senate colleagues on the record after fellow Senate Majority Leader Mitch McConnell, R-Ky., blocked his amendment to defund Planned Parenthood.

If Paul gets enough senators to sign his petition, he can go around McConnell and force a vote.

“I’m prepared to use every Senate rule at my disposal to force my colleagues on record whether they like it or not,” Paul wrote Friday night. “Under Senate rules, if enough Senators are willing to stand with me and sign a petition demanding a vote, there will be no stopping you and me.”

Personally, while a vote NEEDS to happen, I think tying it as an amendment to the Ex/Im or Highway Bills reeks of a political stunt that is going to be all people focus on. Forcing it as a stand alone bill sends more of a message, and will reach more persuadable voters. That said, nuts to Mitch McConnell.