#RapeCulture: Female Teacher Who Wanted to Have Sex with a 10 Year Old Boy Walks Free

The punishment for Diane Brimble, 47, the teacher who wanted to have sex with a 10 year old student, is not nearly harsh enough. She was sentenced to two years of community correction, 200 hours of unpaid community work, and putting her name on the sex offender registry for eight years. This means the obsessive teacher, who had the young boy’s name tattooed on her chest, is going to be able to continue harassing students after her stint on the registry is over.[1] 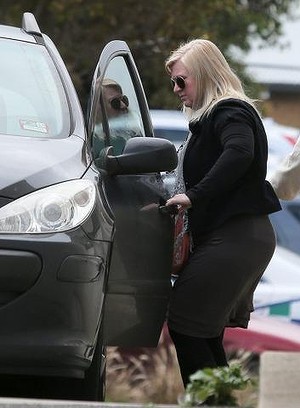 County Court judge Mark Taft said he was at a complete loss to understand why mother of eight Diane Brimble, 47, had engaged in “such utterly inappropriate conduct which must dismay every parent”.

“You breached the trust reposed in you by [the boy’s] parents who properly expected that a classroom teacher would care for their son in a professional manner,” Judge Taft said on Thursday when sentencing Brimble on a two-year community correction order and 200 hours of unpaid community work.

Brimble will be placed on the sex offenders register for eight years, be assessed and treated for any mental health condition, take part in offender treatment programs and has lost her career as a teacher.

“The scale of your obsessive behaviour was demonstrated by your tattooing [the boy’s] name on your chest with an infinity symbol, your endeavours to move your own children into the primary school where [the boy] had transferred and the letters that you penned which spoke of your undying love for him,” Judge Taft said.

One letter read in part: “I can’t write how much I miss you because there just aren’t enough words … Though you will be so far away when I leave I will still see you every night in my dreams just as I do now. Infinite love, forever in my heart.”

Judge Taft said it “beggars belief” that a “mature-aged woman” would write such a letter to her 10 -year-old student.

Brimble, of Hamilton, was found guilty by a jury sitting in Warrnambool of one count of committing an indecent act with a child under 16 between January 1 and April 19, 2013.

She was acquitted of five other charges. The prosecution did not call for Brimble to be jailed given she was not convicted of sexually abusing the boy.

Brimble had hugged the boy at her house and asked him if he wanted to sleep with her. The boy asked her what she meant and she said “sex”.

The boy pushed Brimble’s hands away as she kissed him on the cheek and told him she loved him. He told her he was not old enough to have sex but Brimble told him, “You are when you are at my house.”

If the significantly older teacher had been a male, and the 10 year old student had been a female, do you think the outcome would have been different? Are more lenient sentences placed on female teachers who engage in sexual misconduct with their students?