Raped, tortured, forced to watch beheadings, then beaten when they tried to kill themselves: Yazidi girls reveal the hell they endured during ISIS captivity

As if it wasn’t bad enough to have to live in fear – these young girls describe the horrors of ISIS, Losing family and friends, the sadness of suicide – and the great lengths these women go to attempt to protect themselves. More here from The Daily Mail[1]: 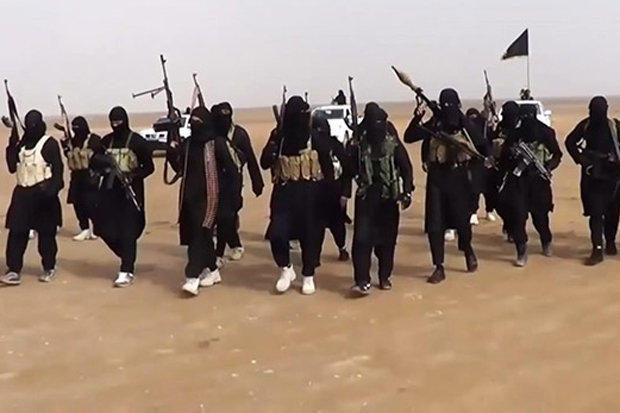 Her horrifying ordeal began in the Sinjar village of Tal Azir on August 3 when Isis fighters advanced towards them.
Along with her mother, her brother and his pregnant wife, they fled towards the mountains, but Isis caught up with them at a remote farmhouse.
The women were separated from the men – who were simply mown down by machine gun fire in one of the rooms.
Sara was bundled onto a pick-up truck and taken to Mosul, where she was held with hundreds of others prior to being sold off.
She told Globalpost.com: ‘We would try to make ourselves look ugly. Some women would cry or scream or fight, but it made no difference. They were always taken anyway. One girl hung herself. Another tried, but the IS guards stopped her and beat her very badly. No one else tried after that.’
Sara, who described Isis fighters as ‘dirty, with hairy faces and smelling bad’ was eventually sold to ‘an old man and a fat man’.
She said that they would show her videos of Isis militants beheading her neighbors.

She added: ‘In some [videos] they put the heads into cooking pots. Sometimes they would stand on them. There were so many heads. And they would ask us, ‘Do you know this one?’ and laugh.’
Sara, whose real name has been changed, recalled that she would sometimes have huge amounts of blood drawn from her arm by one of the men using a syringe, leaving her feeling sick and faint.
Nineteen-year-old Leila’s story is similarly disturbing. She described how her husband was shot dead by Isis, along with others from her village including boys of just 14, after trying to flee from her village in Sinjar.
She was forced into the back of a pick-up truck and taken away, eventually driven to Mosul, like Sara.
She said: ‘We drove past so many bodies. Even the bodies of children.’
Both girls eventually managed to escape, Leila before she was sold off, while militants slept, and Sara when her ‘owners’ were at Friday prayers.
Kind-hearted locals risked their lives to help them get back to their relatives. Sara is now with family members in Erbil and Leila lives in Duhok.
Kurds create DIY ‘Mad Max’ style tanks to fight against ISIS

The Yazidi Fraternal Organization says that there are more than 12,000 missing Yazidis – 5,000 women and 7,000 men. It says that 49 have managed to escape from Isis, many having been raped and tortured at the hands of their captors.
Recently over 120 Islamic scholars from around the world, many of them leading Muslim voices in their own countries, issued an open letter denouncing Isis militants and refuting their religious arguments.
An array of Muslim leaders and groups have publicly rejected the Islamist movement since it imposed its brutal rule over large areas of Syria and Iraq this summer. Five Muslim nations have also joined a U.S.-led military campaign against it.
The 22-page letter, written in Arabic and heavy with quotes from the Koran and other Islamic sources, is just as clear as those groups in condemning the torture, murder and destruction Islamic State militants have committed in areas they control.
‘You have misinterpreted Islam into a religion of harshness, brutality, torture and murder,’ the letter said. ‘This is a great wrong and an offense to Islam, to Muslims and to the entire world.’
In the letter, the scholars not only denounced the killing of U.S. journalists James Foley and Steven Sotloff and British aid worker David Haines as murder, but also rejected it based on the Muslim custom of protecting emissaries between groups.
The letter described as ‘heinous war crimes’ several cases of militants killing prisoners, totalling at least 2,850. To stress this point in an Islamic way, it gave several quotes from the Prophet Mohammad forbidding such practices.
It said that Arab Christians and the Yazidis, followers of an ancient religion derived from Zoroastrianism, were both ‘people of the book’ meant under Islamic sharia law to be protected.

Living this way is horrific. I cannot imagine doing this every day, scraping and surviving. Let’s get boots on the ground and knees on the floor praying for these folks. ISIS must be stopped.