Rapper Lil Wayne Gets Off Plane Before Take Off… The Reason Why? WOW!

Incredible! When the story first broke out there was not much detail on the actual encounter itself. However, now we are learning that Rapper Lil Wayne actually exited his plane[1] to pay his respects to the military men he saw in the airport… 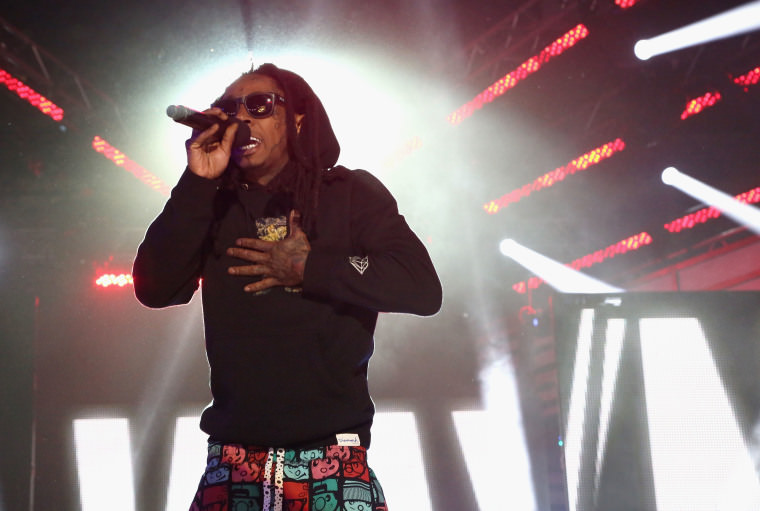 Can’t believe I’m saying this, but this is actually rather classy.

Weezy had just arrived at the airport, was buckled into his seat and was ready for departure, when he told the pilots he needed to get off the plane.

Why did he do this, you might be asking?

The rapper noticed that a military aircraft had just arrived, and he wanted to shake the hands of the men and women aboard.

So as each service member got off the plane, they were greeted by Lil Wayne, who not only shook each of their hands, but offered up some photo ops as a thanks for their service.

Amanda Cooper Lickliter was at the airpot when the meet-and-greet went down. 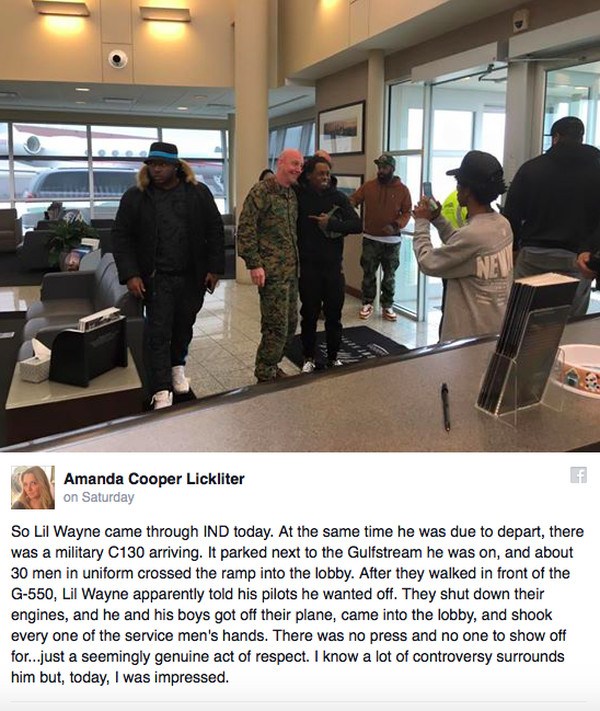 Here’s hoping his good example of how our Nation’s heroes should be treated…catches FIRE among his Hollywood pals!