Rapper Has Meltdown After Sarah Palin Responds To AWFUL Comments

Azealia Banks has been tweeting awful things about Sarah Palin[1] lately, but after the Former Alaska Governor decided to respond, the rapper is having a very public mental breakdown. 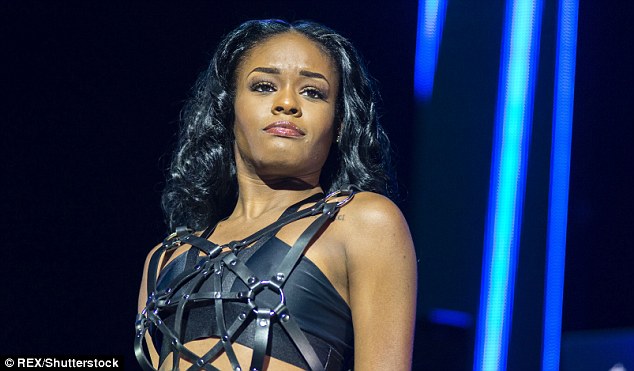 Azaealia Banks is firing back at Sarah Palin after she revealed on Tuesday that she planned to sue the rapper for comments she made on Twitter [3]over the weekend calling for the ‘biggest burliest blackest’ men to gang-rape the former Alaska governor.

Banks posted a message calling Palin a ‘cracker’ on Wednesday while also criticizing her on Twitter for supporting Donald Trump[4], saying: ‘Everyone can tell you’re spreading them cheeks for Mr. Trump Sarah….. you ain’t got to lie.’

She also responded to Palin’s comment that she planned to delete Banks’ music off her daughter’s playlist by going after Bristol Palin’s two out-of-wedlock pregnancies, saying; ‘If Bristol Palin listened to my music she probably wouldn’t have all those cotdamn kids!!!! ;-P #sis #iud #stayinschool #causeitsthebest’

Banks attacked Palin on Twitter Sunday in a series of now deleted tweets.

‘Honestly… Let’s find the biggest burliest blackest n****** and let them run a train on her. Film it and put it on worldstar,’ wrote Banks in one of the tweets.

In another she wrote; ‘Hideous. At least suk a n**** d*** or summ’ before you start talking s*** about “black people willingly accepting slavery.” Least she can do.’

The rapper lashed out at the former Alaska governor after reading a satirical article in which Palin was falsely quoted as saying; ‘I’m telling you, I’ve been saying it for years, but nobody’s listening – slavery wasn’t forced onto African-Americans, they accepted it willingly.’

Palin responded to Banks on Tuesday, saying she was ‘not exercising enough intelligence’ and later added: ‘Why don’t we strengthen both our platforms and work together on something worthwhile.’

She then wrote that ‘condoning racism’ was one of the things that the women could work on before editing it to ‘condemning racism’ in the post.

No matter how you feel about Trump or Palin, you have to acknowledge that this is not the behavior of a mentally well person.