When prominent Hillary Clinton donor Donald Trump decided to run for president, everyone assumed it would be interesting.  The Donald doesn’t disappoint.  Recently Univision, which is owned by another prominent Hillary Clinton donor, said they would not air the Miss Universe pageant after Trump made disparaging comments about Mexicans.  Trump responded… 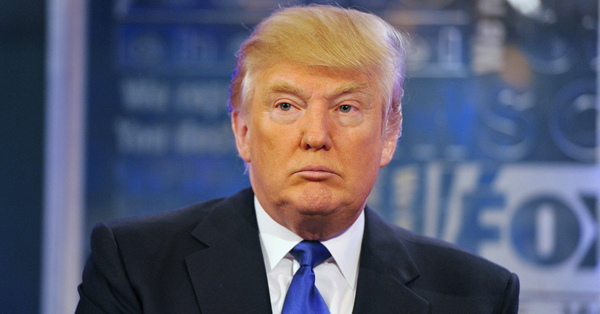 “Please be advised that under no circumstances is any officer or representative of Univision allowed to use Trump National Doral, Miami — its golf courses or any of its facilities,” Trump wrote to CEO and President Randy Falco.

“Also, please immediately stop work and close the gate which is being constructed between our respective properties,” Trump added. “If this is not done within one week, we will close it.”

You can read the letter in it’s entirety here[2]. This election cycle Donald Trump is running as a Republican, so expect the media to turn this into the top campaign issue. You know, instead of an issue that actually effects peoples lives, like jobs, health care, or national security.