BREAKING: Hillary Scandal ERUPTS – the Truth Is Out…

For a “champion of the people[1],” Clinton seems to have made a habit of collecting the kind of money that the rest of us can only dream of. I’m not saying that she shouldn’t be collecting money for whatever service she renders, only that she should own up to it and not try to downplay her wealth to those of us who know better. 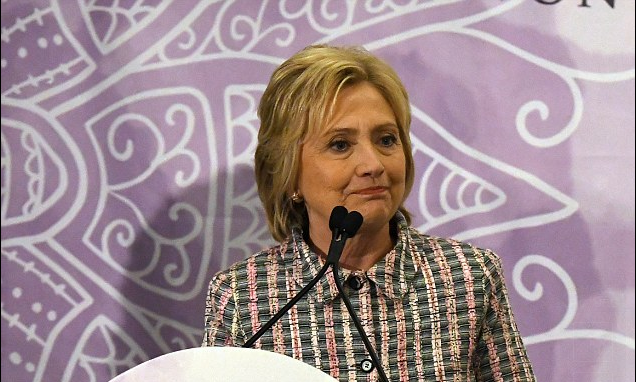 Hillary Clinton was paid more than $21 million in speaking fees from trad groups and blue-chip companies between April 2013 and March 2015, her campaign financial disclosures show.

The New York Post put together a list showing an astonishing 92 speeches between April 2013 and March 2015, nearly four six-figure paydays per month.

Clinton has been under fire for months – largely from fellow Democratic presidential contender Bernie Sanders – for declining to release transcripts of the deep wisdom that justified the giant checks.

‘When you get paid $225,000, that means that that speech must have been an extraordinarily wonderful speech,’ Sanders said during the pair’s last debate in March.

‘I would think that [with] a speech so great … you would like to share it with the American people. So I think she should release the transcript.’

That’s still less than the $750,000 Bill Clinton can command overseas for showing up and talking.

But it’s more than the total amount of money Sanders earns in a typical year.

The two years’ worth of records cover the period immediately after Clinton left her Obama administration post as secretary of state.

Bill Clinton earned tens of millions on the speaking circuit, much of it outside the United States, while she was still America’s top diplomat – raising questions about whether she made decisions in office that benefited those who signed his checks. 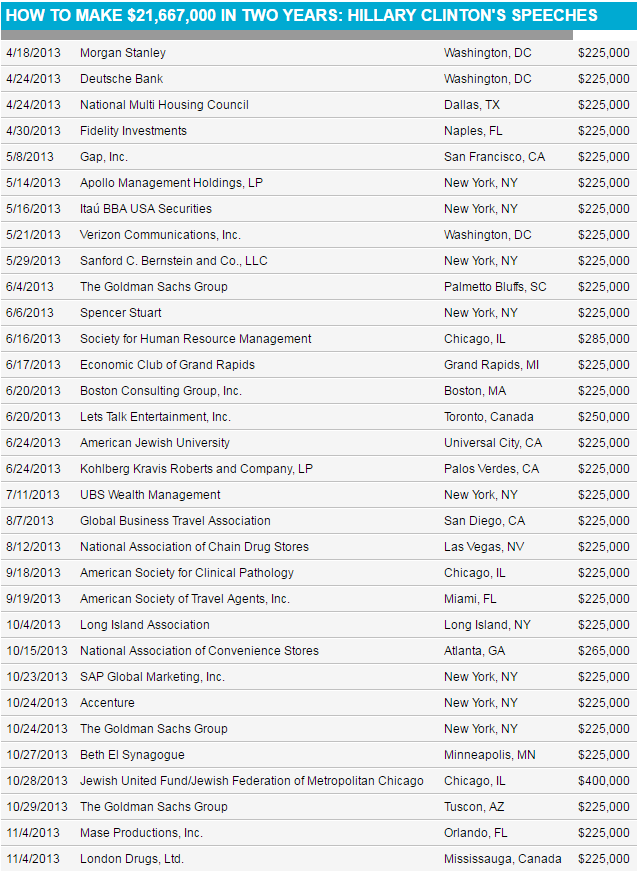 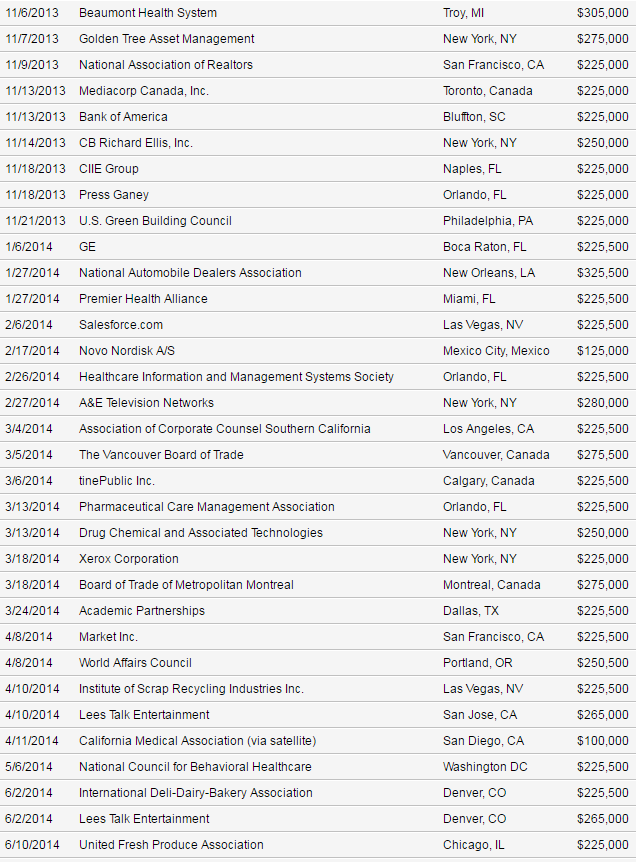 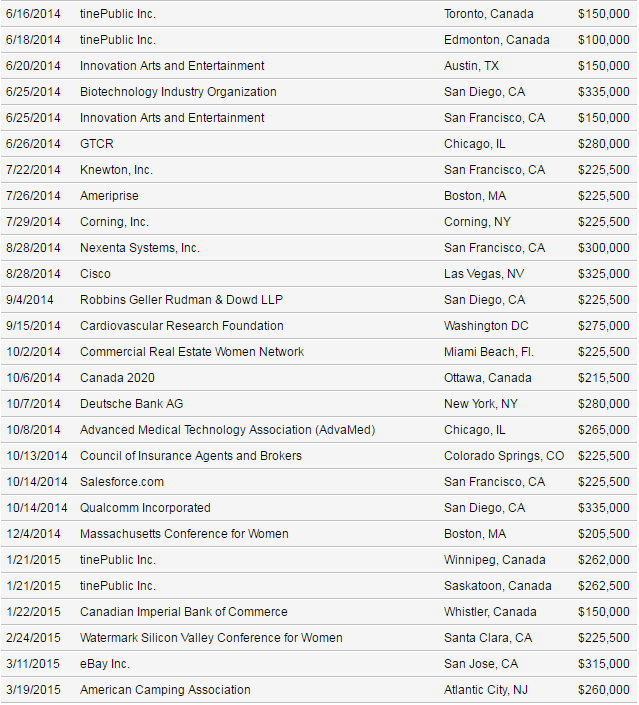 She is so far disconnected from the average person that she ACTUALLY thinks she can relate to us. She’s delusional and she gets rich from convincing idiots she’s one of them.