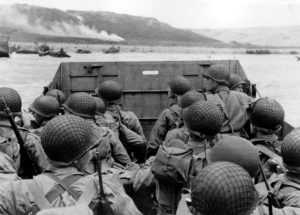 Some Americans that misleadingly portray themselves as a majority have become so warped and deluded that I can’t help feeling sorry for them. They truly believe that a man surgically altering his sex is an act of bravery and courage when in reality it’s nothing but a sad manifestation of mental illness.

, then again this is the same crowd who believes abortion is not killing a baby and that Carbon, one of the six basic elements that comprise life, is a pollutant. So I’m not shocked they think Bruce Jenner is brave and courageous.

Seventy one years ago today Allied forces stormed the beaches of Normandy France to turn the tide againt Adolf Hitler and Nazi Germany. Over 425,000 Allied and German troops were killed, wounded or went missing as a result of that battle. That was the price paid by real men on both sides of the war. And we have these misguided dolts in the media, Facebook, Twitter and Instagram who try and argue that Bruce-Caitlym Jenner is brave and courageous for turning himself into a freak?

Forty-five percent of those who go transgender attempt to commit suicide. This is the other side of the story the media doesn’t bother to mention. That’s nearly half the people want to kill themselves after turning themselves into the opposite sex. And this is supposed to be a positive?

Bruce Jenner and those like him need treatment, not applause! And if you wanna applaud this madness then you’re might as well be holding the gun to their heads and it’s your hand claps that helped pull the trigger.