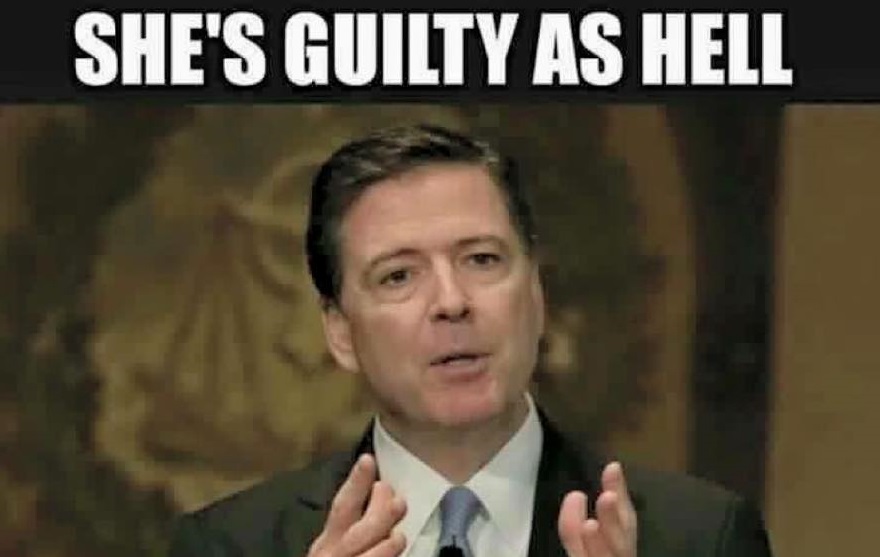 Americans, true Americans, are going through a mourning process right now. We are mourning the loss of hope we had that Hillary would be in the slammer for the crimes she has committed against America and her people.

Now, the Anti-Christ is free to continue her run for President and the scariest part is, despite her being the worst possible option for America as we know it, there is no trusting the system anymore. Hell, after the crap the FBI just pulled, I wouldn’t be surprised if Hillary is already the freaking President and we just don’t know it yet.

There is only one explanation good enough to explain the FBI duping us. The only one I’m willing to accept anyway, cause the alternative is terrifying.

Richard Nixon orchestrated cover-ups for shady break-ins. Hillary Clinton left Americans to die in Benghazi and betrayed every American by intentionally leaving our national security secrets vulnerable to foreign nations – not once, but over 2,000 times. Though all involved in the criminal investigation admit the criminality of her deeds, they have declined to pursue charges because of her lofty political connections. The decision is sickening; but what effect will this decision have on Clinton’s election prospects? 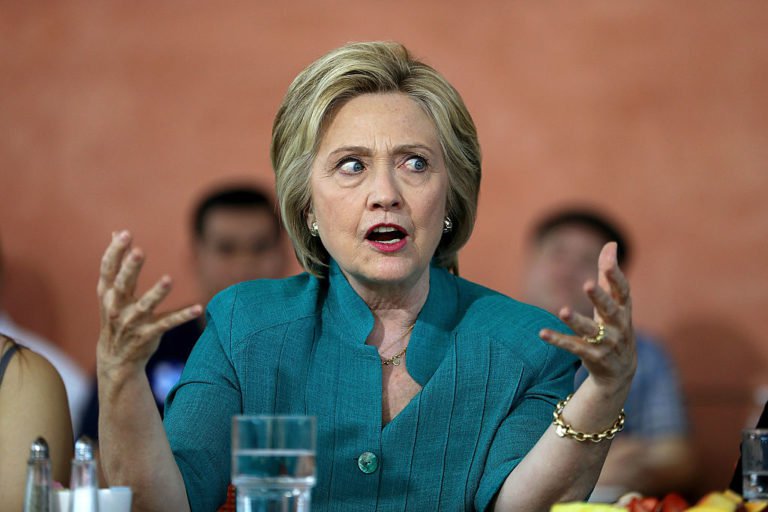 Hillary Clinton dodged an indictment last week thanks to FBI Director James Comey’s recommendation not to press charges. But the court of public opinion is far less forgiving.

In an ABC News/Washington Post poll released Monday, a majority of Americans, 56%, disapprove of the FBI’s decision. Only 35% approve.

Voters are also anticipating trouble with Clinton in the future. For 57% of Americans polled, Clinton’s use of a private email server makes them “worried” about what the presumptive Democratic Party nominee will do if she is elected president.

Despite those numbers, 58% of Americans say the outcome of the FBI’s investigation makes “no difference” on the likelihood of them supporting Clinton or not at the voting booth in November.

According to the poll, Republicans disapprove of the FBI’s decision and worry about what Clinton will do as president with near unanimity at nearly 90%. About 60% of Independents agree.

But the opinion of Democrats varies. About two-thirds approve of the FBI’s decision not to recommend charges and think the email server issue is unrelated to how Clinton would act as president. But 30% of Democrats think she should have been charged.

Clinton’s perceived untrustworthiness has long plagued her political career and the investigation into her use of a private email server as Secretary of State fed that image.

Although Clinton has long blamed Republican attacks for her trust problem, she recently credited her untrustworthiness to a surprising new cause: herself.

Speaking to a friendly crowd in Chicago the week before Comey’s announcement, Clinton said:

“I personally know I have work to do on this front; a lot of people tell pollsters they don’t trust me. It is certainly true I have made mistakes. So I understand people having questions.”

“You can’t just talk someone into trusting you. You’ve got to earn it.”

Rather than trust, Clinton’s actions have instead earned her one-half of the 2016 showdown featuring the two least popular presidential candidates in decades.

That’s a hole only the voters will decide if Clinton can pull herself out of.

Our system of American jurisprudence is in shambles. The goal of our system is equality and a support of the premise that all should be treated equally under the law.

So, with this in mind, there should be absolutely no excuse to not pursue charges. Still, Hillary remains free to continue her campaign to ascend to the highest office in our land.

America is broken and it can never be right so long as Hillary is free.