The mainstream media just put it on blast to open the door for conservatives to demand President Barack Obama[1] release his Columbia University records immediately. After all isn’t it the Libs that keep demanding “equality”…if they are going to delve into Carson’s history, well then….let us UNSEAL Obama’s records now!

The media decided to investigate Dr. Ben Carson’s claims about getting a scholarship offer from West Point. They say Dr. Carson made a “false claim.”

I don’t know. It’s muddled and debatable, although clear that one of the world’s most prominent brain surgeons certainly doesn’t need to exaggerate any claims about his education. Dr. Carson claimed he was “offered” a scholarship by a well-known Army general if he applied to West Point. He wanted to be a doctor and chose not to. Was it an actual scholarship offer, or just a casual conversation? Politicians exaggerate or remember things to their benefit all the time. But his claim, however interpreted, didn’t cost taxpayers a dime.

The same can’t be said of Obama’s whoppers. Obama’s lies about Obamacare alone have cost American taxpayers millions, even billions in higher premiums and medical costs. Like millions of others, I lost my insurance based on Obama’s lies, and now I’m paying far more and getting far less. Obama promised the world and delivered disaster.

Jonathan Gruber, the architect of Obamacare, even admitted fraud was committed to fool the “dumb voters.”

But, let’s compare apples to apples. The media is going after Dr. Carson for supposedly making false claims about his college record. So isn’t this the perfect time to demand fair, unbiased and equal treatment of Obama’s college record? As any good trial lawyer would say, “The media opened the door to this one.” If you can investigate Dr. Carson, then you must investigate Obama’s claims about college as well.

Apples to apples. The media is trying to disqualify Dr. Carson’s right to the presidency based on his college records. Why did they never check Obama’s college records? Why are Obama’s Columbia records STILL sealed seven years into his presidency?

The media anxiously called West Point demanding to verify Dr. Carson’s claims, but never called Columbia to verify Obama’s claims. Why? If claims about college from 30 or 40 years ago are important for Dr. Carson, why not Obama?

Did Obama make false claims about his college experience? No one can prove it (yet) because his college records are sealed. Why? What is he hiding? If it matters for Carson, it should even more for a man already sitting in the White House with his fingers on the economy and the nuclear button. 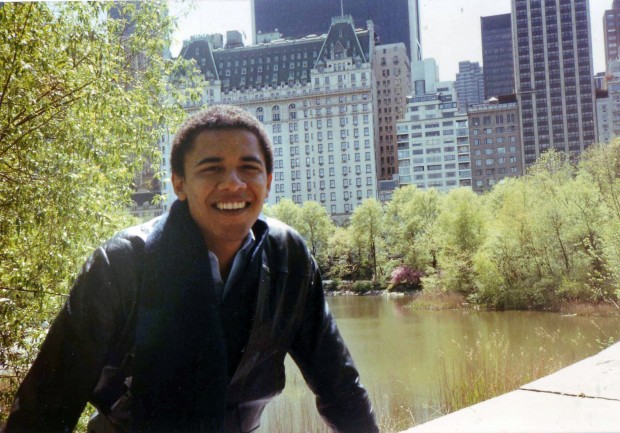 I graduated Columbia University in June of 1983. According to Obama not only were we in the same graduating class, we had the same majors, Political Science and Pre-Law. That would mean we took the same classes. I thought I knew every classmate in Columbia’s Political Science department.

Yet neither I nor anyone I knew ever met, saw, or heard of Obama.

This was reinforced two years ago in 2013 when I attended my Columbia University 30th class reunion.

I asked everyone – “Did you ever see Obama at Columbia?” Not one classmate answered affirmatively.

I simply couldn’t believe no one claimed to have met a classmate, who supposedly was in our class, and who was later to become president of the United States. So, I tracked down Professor Henry Graff, perhaps the most honored professor in Columbia history and Columbia’s Presidential historian. I interviewed Graff that same year for TheBlaze.

Professor Graff never met Obama; heard of him; or saw him.

Professor Graff said it was virtually impossible to graduate Columbia as a Political Science major without attending his history classes. Yet Graff never heard of him. He even studied his old records to verify Obama’s existence at Columbia … and found nothing.

Graff asked other Columbia professors. None remembered Obama ever being in their classes. All of this is on the record from my interview, published in 2013 here at TheBlaze.

Obama is “the ghost of Columbia.” With his records sealed we can only conclude his existence at Columbia is just a rumor.

Isn’t this an important issue for the media? Something is wrong, yet no one in the mainstream media cares about the possibility Obama might have made false claims about his college records?

Yet in Dr. Carson’s case, they were champing at the bit to investigate a casual boast of a one-time meeting with a general.

Now, assuming Obama did graduate from Columbia, but never went to class (a very strange story)…

How did a poor student from Occidental, an average non-Ivy League college, transfer into Columbia in the first place? Columbia only accepts a handful of transfers and those are always “the best of the best” scholars from the top of their classes at Harvard, Yale or Princeton. Clearly Obama didn’t meet that standard.

Why are Obama’s college records sealed? Did they show bad behavior? Was he caught using drugs? Were his grades terrible?

One possibility is that Obama beat the long odds of being accepted for transfer into Columbia by claiming status as an Indonesian “foreign student.” People familiar with the admissions process tell me that was a likely way to jump ahead of other applicants. But, of course, if true it would be out and out fraud.

Perhaps critics have been looking in the wrong place. Is it possible Obama’s college records are the weakness in his narrative? We’ll never know, unless the media demands access to his Columbia college files. Ghost or no ghost, he is clearly hiding something.

If the media thinks Dr. Carson’s claims about his college experience 40 years ago are relevant, then clearly Obama’s college claims are relevant too. It’s time for all of us to demand Obama release his Columbia college records. It’s time for the media to scrutinize Obama the same way they are scrutinizing Ben Carson, Donald Trump, and every other GOP Presidential candidate.

Dr. Carson’s claims haven’t cost taxpayers a dime. But Obama’s presidency has cost all of us dearly. If it was all built on a lie, on fraud, we have a right to know.

The Witch Hunt after Ben Carson….needs to be re-directed, to the person who is ACTUALLY trying to hide something…