Tragic events of a popular University of Pennsylvania track star who took her life last January led the parents to share her tragic suicide note[1]. 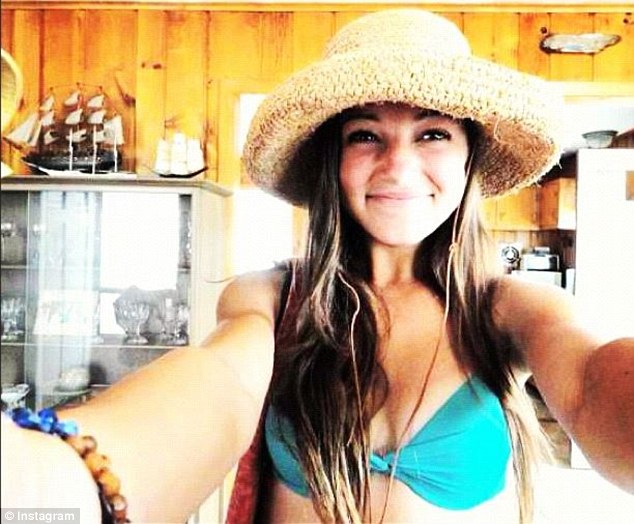 Madison Holleran, 19, jumped to her death from atop a Philadelphia parking garage, leaving behind a note and gifts for members of her family.

‘I thought how unpleasant it was to be locked out, and I thought how it is worse perhaps to be locked in,’ said the young woman according to an exclusive interview with family and friends in this week’s issue of People, which is on newsstands now. She also left behind cookies for her grandparents, chocolate for her father and necklaces for her mother – all of whom are trying to cherish the life of the young woman they lost rather than mourn her death. Madison was such a perfectionist, and hurting so much, her family also found a first draft of a suicide note in her dorm room.

Mr Holleran said that Madison had told her parents in December that she was feeling suicidal and was seeing a therapist.

‘That weekend she told me she needed to talk to somebody, because she was having suicidal thoughts,’ said her mother Stacy.

‘I was shocked. She’s never been depressed before. I knew she needed a therapist, but I couldn’t get her an appointment because it was the weekend. On Sunday I had a friend come over who works in the mental health field.’

In another tragic turn, Eric Lambinus, the soccer coach at Lehigh who knew Madison as she almost attended the school being an equally talented soccer player, saw her just moments before her death.

‘I happened to see her by the restaurant when we were having dinner in Philly about 6:25pm,’ he revealed, ‘She was holding a bunch of stuff. She said she was shopping for her family. She walked away.’

10 minutes later she would jump from the garage, the bags she was carrying being filled with the gifts she was leaving for family and friends. She also left a photo of herself holding a tennis racket as a child and a copy of the book Reconstructing Amelia, which tells the story of an overachieving teenager who jumps to her death.

Mr Holleran said that he did not blame the school for his daughter’s suicide but that he wanted to warn other parents. For confidential support in the U.S., call the National Suicide Prevention Line on 1-800-273-8255

The parents have since established a foundation for suicide prevention called the Madison Holleran Foundation [3]with the goals to prevent suicides and to assist those in a crisis situation with phone numbers and resources that will assist them during their time in crisis.