What religion is responsible for the genital mutilation of over 500K women and little girls in the United State? Islam, the so called religion of peace 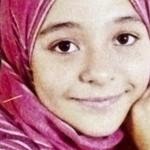 This article from the LA Times doesn’t name the religion responsible for this for agenda reasons.

But, the culprits practice the religion of Islam, they own it and Liberals makes excuses for the barbarism of this ancient religious practice. Where are the women’s groups? Isn’t this really a true war against women?

LA Times [2]reports nearly 507,000 women and girls in the United States could be at risk of female genital excision, including 57,000 in California, a new study has found.

That is more than twice the number that were thought to be at risk in 2000, the last year for which estimates are available.

Analysts at the Population Reference Bureau, a nonprofit research organization in Washington, attributed the preliminary findings[3] released Friday to an increase in immigration from countries where the practice is common, including Egypt, Ethiopia and Somalia.

It is unclear how many families continue the practice after moving to the U.S., but community activists say there is anecdotal evidence of girls being sent back to their parents’ home countries for “vacation cutting” and of traditional cutters traveling to the U.S. to circumcise girls in this country.