Remember the CEO Who Paid All His Workers $70K? He Had a SECRET MOTIVE!

Remember Dan Price, the magnanimous boss who made the minimum salary at his company $70,000? He was hailed as a champion of the working class and was praised by the left for his heroic stance against wage inequality. It turns out, however, he may have a more-sinister and greedy motive for his gesture.[1] 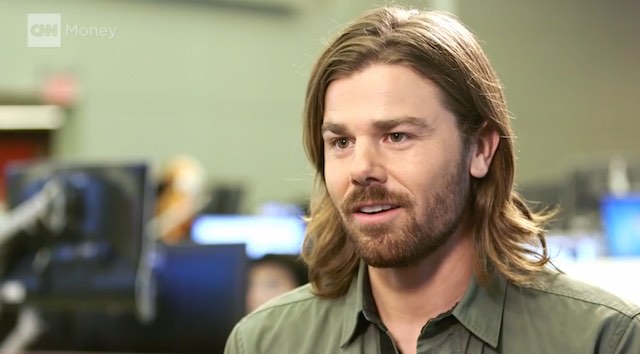 Back in October we checked in[3] on Dan Price, the CEO of Gravity Payments who gave all of his workers a raise to a minimum wage of $70K per year. Things weren’t going so well for Dan, as he had slashed his own salary, lost some clients and was feeling that the future was uncertain. The one thing we did know for sure was that Mr. Price was a hero to opponents of income inequality and a supporters of a higher minimum wage. (Much, much higher in this case.) It was a noble action intended to help people do better.

Bloomberg has a fascinating interview with Dan Price along with some follow-up investigative work and some elements of Price’s story don’t seem to line up. We talked previously about the fact that Price’s brother and former business partner has a lawsuit pending against him. This was reportedly because he was worried that the wage hikes were driving down the value of the company and, as a result, the value of his share of it. But as Bloomberg reports, when they checked into the dates of various events, trouble was already brewing before Price even decided to raise everyone’s wages[4]. Part of it may be that Price had previous raised his pay far beyond what a company of their size and volume might normally get.

After meeting Price and researching the figures, I called to ask if he thought his $1.1 million pay was fair, given those benchmarks. He replied: “I appreciate you asking the question. I’m happy to answer any other questions you might have. I’m way over time, and there’s a bunch of people waiting for me.”

What’s more, Price’s brother had brought his suit before the whole pay raise for the employees was announced.

But there’s a problem with all those scenarios: The lawsuit predates the raise. Lucas did file the case two weeks after Price’s announcement, but according to court records, Price was served with the suit at his house on the afternoon of March 16—about two weeks before the fabled hike with his friend and almost a month before the wage increase announcement. Washington state allows litigants to serve a defendant before a suit is filed with the court. Hollon, Lucas’s attorney, says Price informed his brother of the pay hike through an e-mail on April 9, only four days before the New York Times and NBC descended on Seattle. (Pirkle said that in a later document, Lucas “specifically referenced” the wage hike as grounds for the case. Hollon responded that the May document added the pay increase as “one of the potential factual bases supporting the claims in the lawsuit” since “the wage program appeared to be a reaction by Dan to the lawsuit.”)…

If the lawsuit wasn’t a reaction to the wage hike, could it have been the other way around? After all, Price announced his magnanimous act a month after his brother sued him for, in essence, being greedy. Lowering his pay could give Price negotiating leverage, too. “With profits, at least in the short term, shifted to salaries, there is little left over to buy out his brother,” the New York Times reported Price said.

That certainly adds a new element to the mystery. The fight between Price and his brother predates his magnanimous gesture and the brother was trying to force him to buy him out after Dan Price had bumped his own pay up by more than a million dollars per year. By jacking up the rest of the labor costs in a small company with limited revenue, the cash value of the place was drastically reduced so the brother wouldn’t be able to cash in for very much.

Is that’s what’s at the bottom of all this? Rather than being a warrior against income inequality, perhaps Price was a guy trying to win a financial battle against his partner and then decided to capitalize on all the good publicity which fell out from the pay raises. Wouldn’t that just be an interesting scenario if that’s how this pans out?

Without digging deeply into the nitty-gritty details of this case, it’s impossible to declare that Price was merely trying to outflank his adversarial brother.

However, it does appear to look that way and if that is the case, it should make for an awkward conversation around the Christmas dinner table.