Report: 74 children executed by ISIS for ‘crimes’ that include refusal to fast

I’m running out of things to say about stories like these[1].  7 children let alone 74 of them being executed for any reason is disgusting and pretty despicable.  Leave it to ISIS to set new standards… 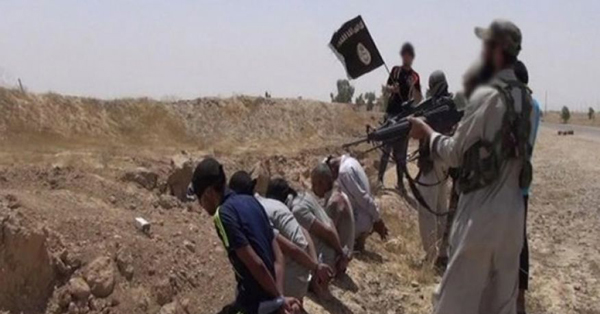 The blood-soaked executioners of ISIS have spared neither women nor children since the jihadist army established its caliphate a year ago, putting an estimated 74 kids and even more women to death for such offenses as practicing “magic” and refusing to fast during Ramadan.

A total of 3,027 people have been executed by ISIS since it declared itself a state under strict Islamic law in Syria and Iraq last June, according to a new report by the UK-based group, Syrian Observatory for Human Rights.

“Many of the charges against those executed are recorded as blasphemy and spying, but others include sorcery, sodomy, practicing as a Shia Muslim,” the report states.

Refusing to fast…and practicing magic. Yet remember, according to liberals this either isn’t really a problem, or is no different than a Christian who doesn’t want to bake a cake.