Serves them right! The World Health Organization (WHO) is investigating reports that militants fighting for the Islamic State of Iraq and Syria (ISIS) have been showing up at an Iraqi hospital with Ebola.[1] 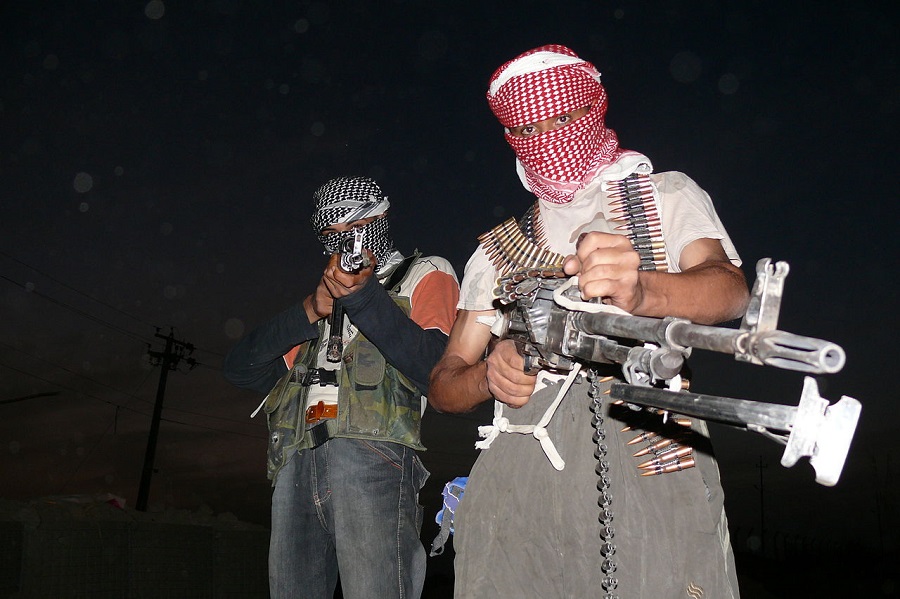 The World Health Organization (WHO) is investigating reports that militants fighting for the Islamic State of Iraq and Syria (ISIS) have been showing up at an Iraqi hospital with Ebola.

Three separate media outlets have reported that ISIS fighters are showing symptoms of the deadly virus at a hospital in Mosul.

Mosul is currently controlled by ISIS. It is located about 250 miles north of Baghdad, the Iraqi capital.

The reports, as of this writing, remain unconfirmed. Some of them are from Kurdish media. Others are from pro-Iraqi news outlets.
WHO spokeswoman Christy Feig said that the organization is trying to contact officials in ISIS-held areas to offer support. She also said that there is “no official notification” from the Iraqi government that the militants have Ebola.

Complicating the proper understanding of the matter is the fact that people who are affected by Ebola suffer from symptoms characteristic of other diseases, such as yellow fever and malaria. These symptoms include bleeding, bruising, vomiting, and diarrhea.

The Iraqi newspaper al Sabaah is reporting that the disease entered Mosul by “terrorists” arriving “from several countries” as well as Africa. It should be noted that al Sabaah is a pro-government newspaper.

Adding some doubt to the reports is the widespread belief that few, if any, ISIS militants have arrived on the battlefield from West Africa, where the Ebola outbreak originated.

However, if the reports are true, then the consequences for people who live in ISIS-controlled areas could be devastating.

Ebola has a high mortality rate. It’s been known to kill as many as 90% of those who have been infected with it. The average is mortality rate is usually around 50%. People who have contracted the virus can die anywhere from six to sixteen days after symptoms appear.

The virus is spread by direct contact with bodily fluids, such as blood. However, it can also be spread when someone comes into contact with a contaminated item.

I couldn’t think of a nicer group of people to contract this awful disease. I hope they all get EBOLA and suffer. In the end God has his own way of dealing with evil.