Report: John Kerry Told Iran He “Wishes The U.S. Had A Leader” Like Dictator Ayatollah Khamenei…

Well, this could be problematic[1]. Especially, considering our current leader is also John Kerry’s boss… 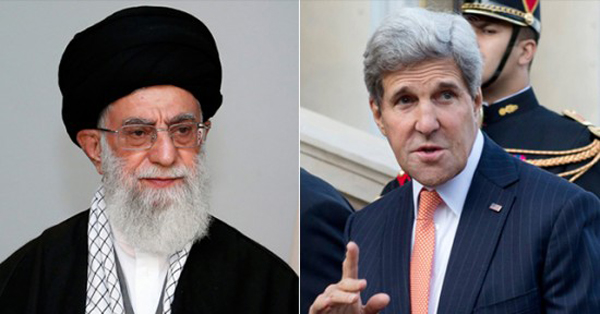 Secretary of State John Kerry told his Iranian counterpart that he wished the United States had a leader more like Supreme Leader Ayatollah Khamenei, according to comments made by a senior Iranian cleric and repeated in the country’s state-run media.

Ayatollah Alam al-Hoda claimed during Friday prayer services in Iran that in negotiations over Tehran’s contested nuclear program, Kerry told the country’s foreign minister that he “wished the U.S. had a leader like Iran’s supreme leader,” according to a Persian-language report on the remarks published by the Asriran news site.

This is according to Iran’s state run media, so take it with  grain of salt.  That said, would you be shocked if it was true?