Reporter From the BBC Threatened By Taliban Toddler With AK-47

Toddlers are sooo adorable, unless they are taught to be indifferent about killing people with their own two tiny hands. This reporter filmed a 3-yr old with a gun[1] who said he was going to use it to ‘Shoot people’. 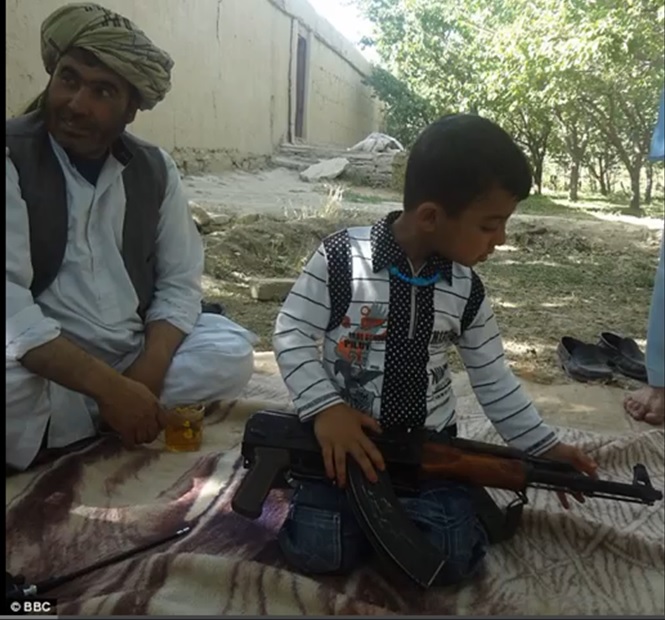 In many American schools, if a child points his finger like a gun, or shapes a Pop-Tart into a pistol, or wears an NRA t-shirt, the anti-gun folks will overreact with threats of suspension or worse. However, in Afghanistan, a three-year-old will threaten a cameraman with his very own AK-47 just for filming him. A BBC cameraman was talking to a Taliban toddler at his village outside of Kabul when he asked the boy what he was going to do with the gun. The boy replied,

“We are taking your picture because you are sitting with a gun.”

The boy responded with,

“Then watch out, I’ll shoot you. Now my father comes and he’ll beat you up.”

The child seemed gleeful to think about him shooting another human being. I cannot imagine that a parent teaching their toddler about killing people is a real demonstration of love because the path of a murderer is not a happy one.